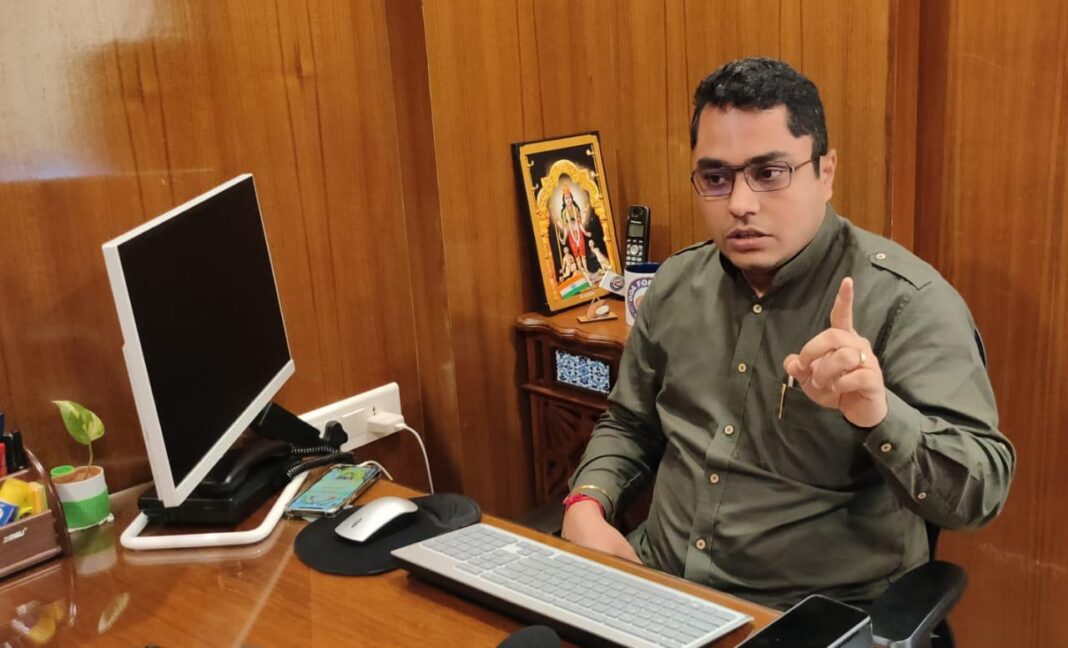 Panaji: Terming BJP Goa Govt led by Pramod Sawant as an expired product and people will soon dump it, the Vice President of Goa Forward Durgadas Kamat has demanded to release money of ‘Ladli Laxmi’ scheme within seven days to beneficiaries.

Reacting to the incidents of BJP MLAs in power giving photocopies of sanctioned letters to beneficiaries and telling them to visit Womens and Child Development Office for further facilities, which created chaos there, Kamat said that this BJP government is pushing people in COVID traps by such incidents.

“Hundreds of beneficiaries were gathered at Women and Child Development office to avail the scheme. However, officers couldn’t help them as the state exchequer had become empty.” Kamat said.

“Ladli Laxmi sanction letters are given by MLAs, but where is the money to release.” GFP Vice President Kamat questioned.

“Not only this, but this BJP government headed by Chief Minister Pramod Sawant had promised during the first wave of COVID to hike salaries of doctors and health staff by 20 per cent. This promise too has been not fulfilled. Now RTI has proved that for this there is no financial sanction.” He said.

“Manohar Parrikar had formulated the Ladli Laxmi scheme with intention to help brides. But since the last three years beneficiaries are not getting money. Pramod Sawant should clarify this.” He said.

“Every time BJP is lying. Even Grih Adhar beneficiaries are not getting money. The Chief Minister is trying to play with the emotions of people and he is continuing with his rude attitude.” Kamat said.

“Goa Forward Chief Vijai Sardesai will expose the government over the financial status and failures of this government in the upcoming assembly session as this government has taken people for granted.” He said.

“People are already reeling under the pain of COVID, which they received through mismanagement by the government. Now don’t push people into more trouble.” Kamat said.

“The lies, failures, U-Turns and fake promises by this government will pan out with people’s anger to send BJP home in 2022.” Kamat said.