Reginaldo will not get Congress ticket, Digambar will join BJP: Trajano D’Mello 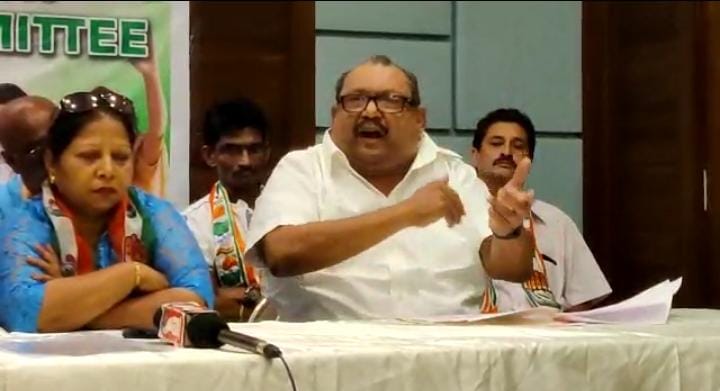 Margao: Congress’ Goa Spokesman Trajano D’Mello on Saturday went berserk against his own party leaders with the claims that Leader of Opposition Digambar Kamat will join BJP while Curtorim MLA Aleixo Reginaldo Lourenco will not contest upcoming Assembly election on Congress ticket.

He was addressing a press conference in Fatorda during which the senior leaders made these utterances against his own leaders.

D’Mello said “Reginaldo Lourenco by being absent, by not showing any interest in Curtorim has made it very clear.. people understand as they have the brain that he will neither go to contest on congress ticket nor he is going to get the congress ticket.”

“And Digambar Kamat, lock stock and barrel will go to BJP that is the whole game plan. Digambar Kamat was amongst the ten to go and Reginaldo also wants to go.”

“Reginaldo should explain to the people of Goa why he was chosen as the only MLA to give an office in the secretariat.”

Previous articleMargao Lohia Maidan renovation work begins, Vijai Sardesai recalls that he had taken up the matter in Assembly
Next articleCOVID-19: 540 new infections, one death on Saturday