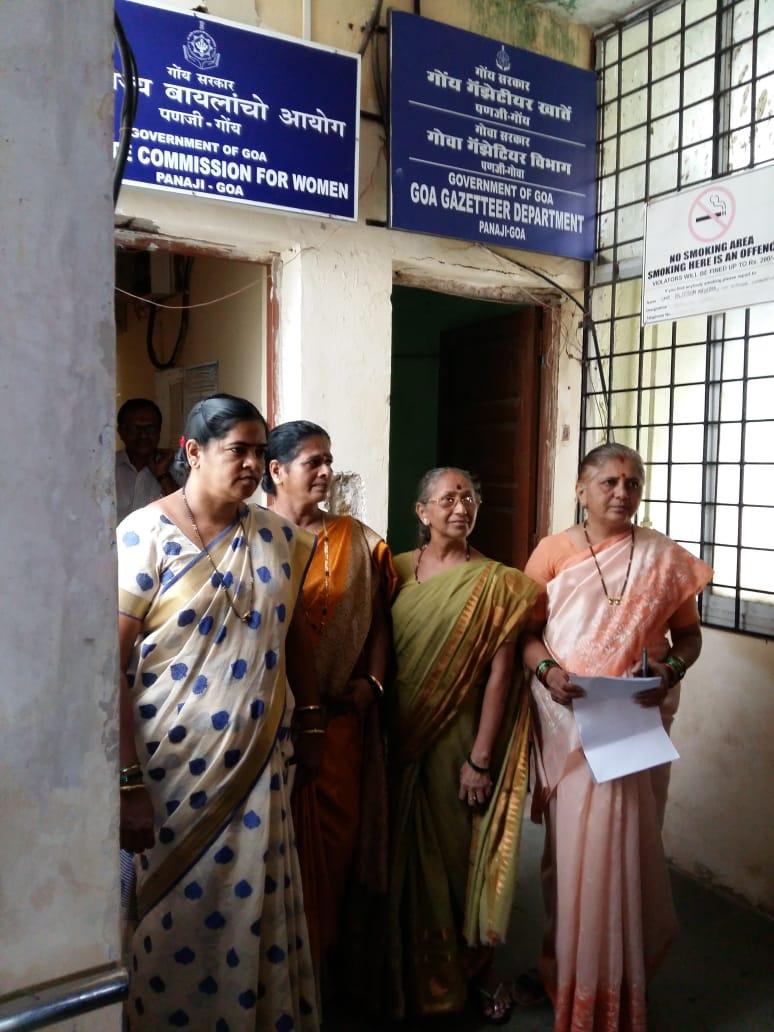 Ranaragini has demanded to order to pay compensation of ten lakhs to the victim of sexual abuse by Advt. Pratima Coutinho. At this time Ranaragini delegation comprised of Mrs. Pratima Haldankar, Mrs. Vandana Naik, Mrs. Shubha Sawant of Sanatan Sanstha and Mrs. Rajashree Gadekar of Ranagini.

Complaint further says that law has given special protection to women in offense of sexual harassment. Revealing the identity of minor victim’s is an offense under section 228A in The Indian Penal Code and Section 74 in The Juvenile Justice (Care and Protection of Children) Rules, 2007.

Moreover it is civilly wrong against the victim individually and to society in large. Despite the fact knowingly and intentionally Advt. Pratima Coutinho has revealed the identity of the minor abused victim in the social media. This act of Pratima Coutinho, is done only to get cheap publicity.

The action is a stunt with tainted mind and to enlarge her political carrier. Advt. Pratima Coutinho is not an ordinary lady, she is a legal expert and highly influenced political leader in youth having state level post in National Party. Thus such an act of a leader puts impact on society and their actions are followed in the society.

The victim has become scape goat for political ambitions of Advt. Pratima Coutinho. Even though several news have flashed in the media the lethargic act of police shows political pressure acting.