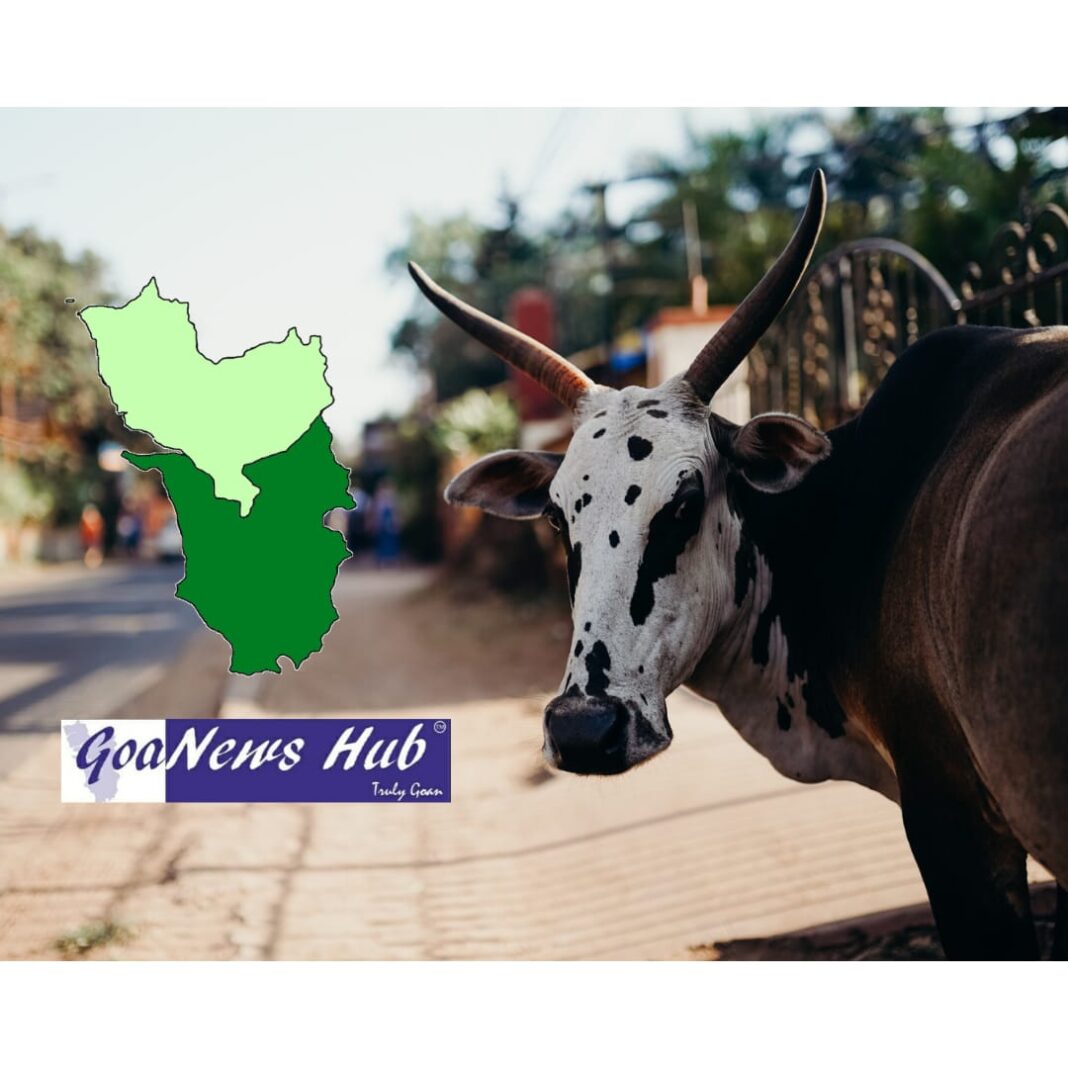 The devastating floods that Goa witnessed due to incessant rains  and opening of dam gates in July 2021 caused great loss to not only people residing in flood affected regions but also to livestock and stray animals.

Valpoi based cattle shelter has reportedly lost 50 cattle after they drowned in the flood.  Many cattle were displaced. Stray animals struggled to get access to food as the roads were flooded.

Unfortunately stray cattle depend heavily on garbage and roadside dump. Stray cattles also pose a menace on the roads and are a leading cause of accidents during monsoon.

Herds of cattle obstruct the road and the dung leads to skidding of two wheelers. Adventure Swaggers Cycling group Margao tried to remedy this situation by putting up a reflector belt for the stray cattle.

Dhyan Foundation has set up a kitchen in each district to collect and distribute food to these stray animals. Their gaushalas care for more than 720 injured and rescued cattle.

ISKCON also aims to start a full fledged animal welfare project in Panaji. They plan to offer an interaction between the cows and the visitors.

Organisations and groups like these, help provide a better world to stray animals. flood or no flood animals deserve a better world. Stray animals pose a danger to vehicles and, a cooperation from the government as well as locals is needed to remedy the situation.