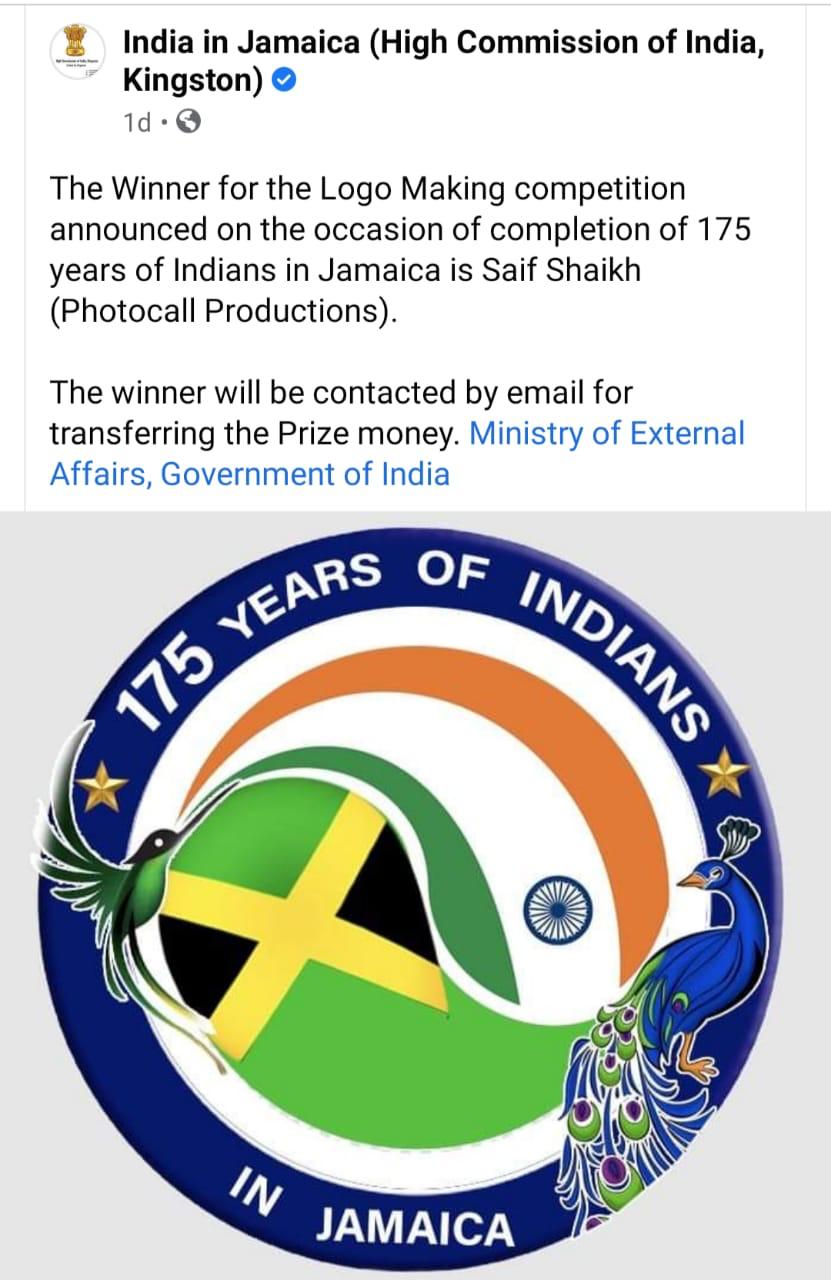 Panaji: Goa’s own talent and Journalist Saif Shaikh has outshine the creative designers world over to win the logo making competition organised by High Commission of India in Kingston (Jamaica).

The competition was organised as a part of 175 years of Indians in Jamaica.

Out of several thousand entries Saif, who originally hails from Mapusa and currently works for Prime Media News Channel, won the prize.

Indian in Jamaica (High Commission of India, Kingston) while announcing the winner tweeted “The Winner for the Logo Making Competition announced on the occasion of completion of 175 years of Indians in Jamaica is Saif Shaikh (Photocall Productions).”

www.goanewshub.com congratulates Saif and feels a sense of pride about his achievement at an international level.