Pratapsinh Rane is fine, to be discharged tomorrow 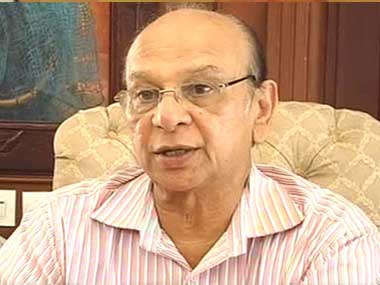 Panaji:  Former Goa Chief minister Pratapsinh Rane who was admitted in the state run hospital yesterday is absolutely fine and would be discharged tomorrow,  his son and state health minister Vishwajit Rane said.

Rane, 79, was admitted in Goa medical college and hospital near here after he had minor fever. He is a Congress legislator from Poriem constituency of North Goa.

“This is specifically to inform all of you that my father Pratapsinh Rane was admitted into the Goa Medical College as a precautionary measure and has been under kept under observation,” the minister said in a statement issued here.

“I have been receiving  hundreds of phone calls and messages on various forums and I would just like to clarify and reassure you all that there is nothing to be concerned about as he is absolutely fine,” Rane said.

The minister said “the doctors at the Goa medical college have checked him thoroughly, he is under the care of our premium institution and shall be discharged tomorrow.”

He has thanked all for the concern, thoughts, prayers and good wishes which means a lot.

Previous articleFarmers in Ponda thanks Vijai Sardesai for getting them back to farms
Next articlePolice constable, minor boy arrested for rape in Vasco