Pramod Sawant a ‘weak’ CM, his silence on manhandling of WRD officials by Karnataka Govt confirms it: Rahul Mhambre 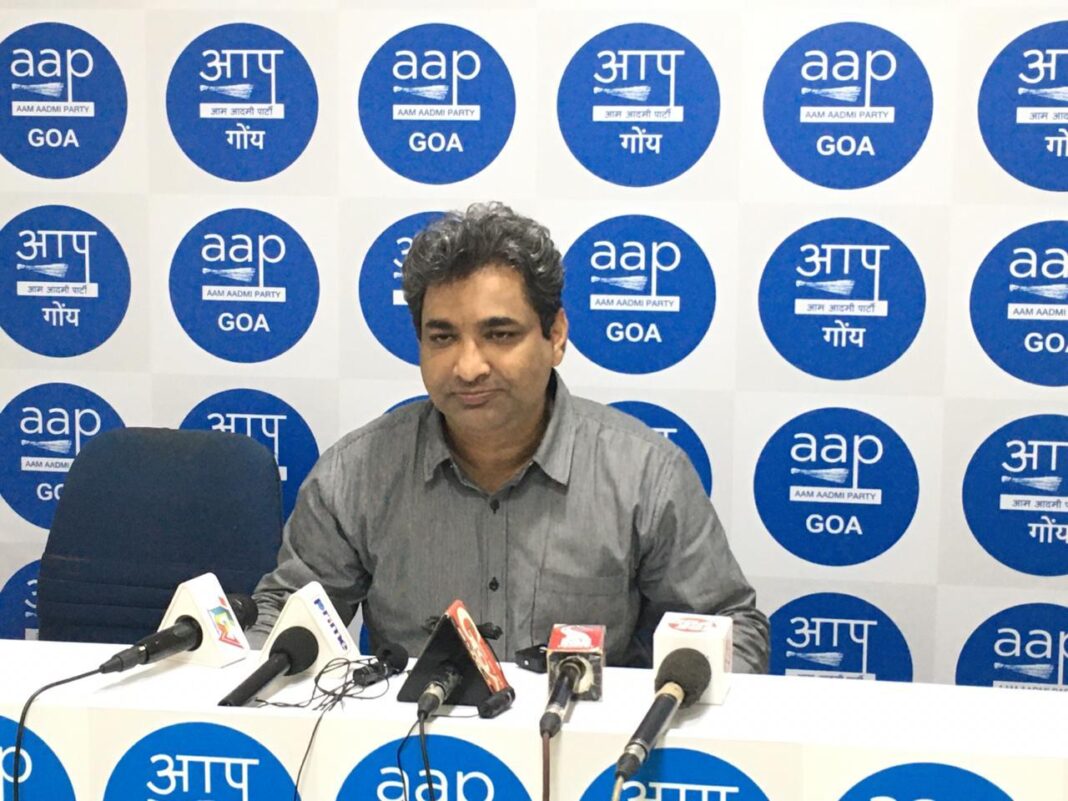 Aam Aadmi Party has strongly condemned the abuse of officials of Goa’s Water Resources Department and well known environmentalist Rajendra Kerkar by Karnataka Police when they had gone to inspect the work done by Karnataka to divert water of River Mhadei.

Diverting River Mhadei is a very serious issue for Goa and Goans as it affects the very life of people besides also affecting the flora and fauna of the area. “More significant is the fact that Karnataka has diverted the water in total violation of the inter-state water sharing agreement between the two states,” said AAP Convenor Rahul Mhambare.

Rahul demanded that Chief Minister Dr Pramod Sawant personally visit the site for an inspection instead of merely sending government officials and further demanded that the Goa government should lodge a complaint against the Karnataka government for abusing and threatening them.

“Can the chief minister of Goa who usually dances to the tunes of his party bosses in Delhi impress the Prime Minister to ensure that Goa and Goan interest are not compromised due to party politics,” asked Rahul while pointing out that it is a matter of lives of 15 lakh Goans.

“It is unfortunate that this incident where Goan officials were threatened happened on the very same day when Goa chief minister was celebrating his second year as chief minister while his officials and Goans were being threatened and harassed in the neighbourhood,” said Rahul.