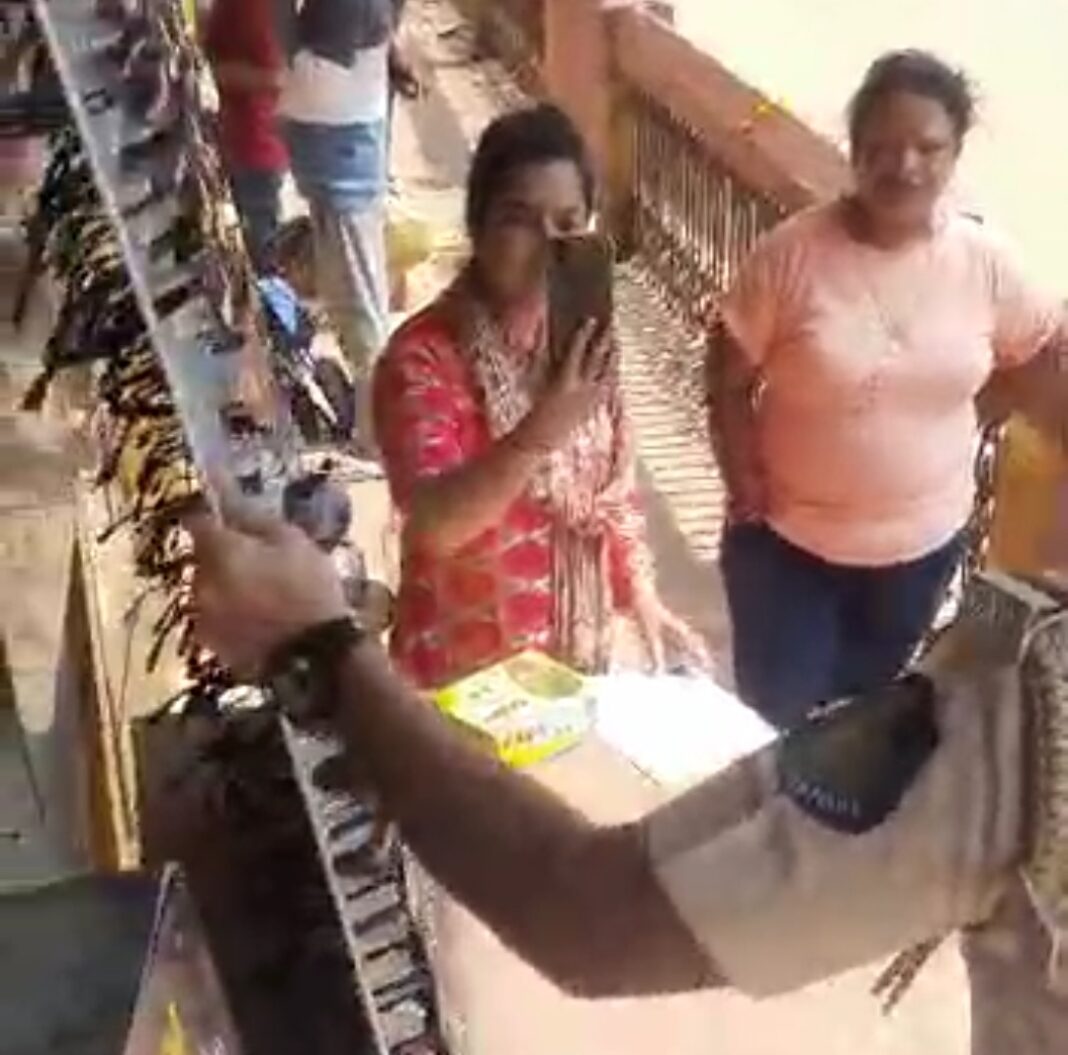 Calangute: Soon after video of IRB staff confiscating the items from footpath on the way to the Beach has surfaced, Police have clarified that their action was a part of anti-encroachment drive.

A senior police official said that a UP based man has rented out the footpath to 8 different vendors, who have been obstructing the way to the beach.

Police said that the UP based man has been refusing to remove the hurdles despite repeated warnings.

He said that the action had to be taken as the public access to the beach was banned due to these shops.