PM can eat biryani in Pak but is afraid to move in his own country: Kanhaiya Kumar 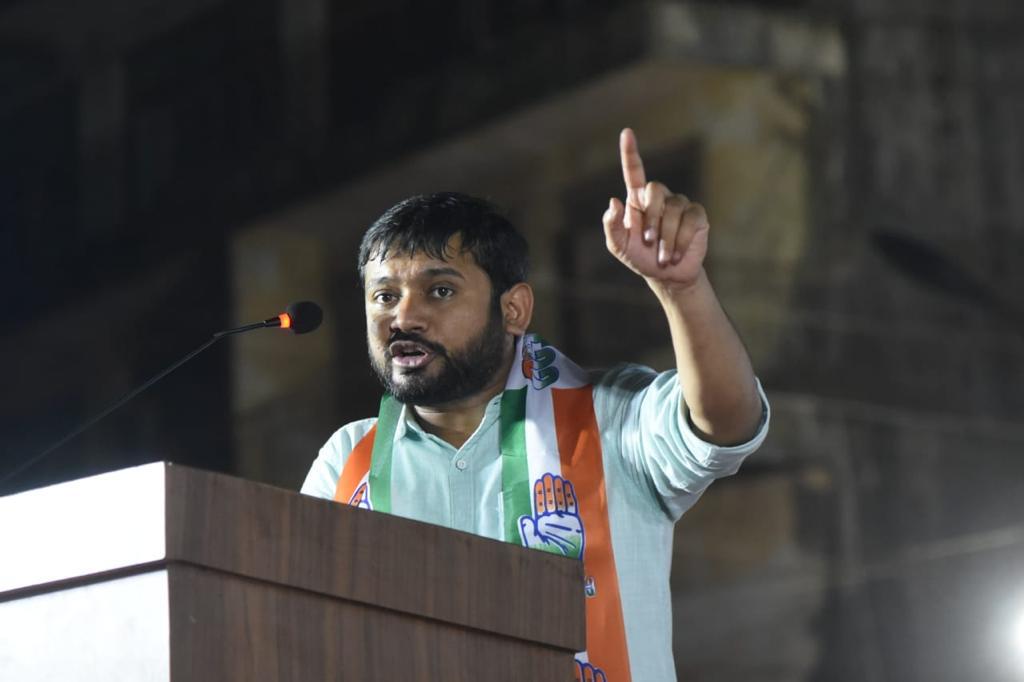 Mapusa: Congress leader Kanhaiya Kumar on Thursday said that Prime Minister is not afraid to eat Biryani in Pakistan but is afraid to move around in his own country.

“Pakistan ja karke biryani khaye tab inko dar nahi laga, apne hi desh me ghumne ke liye inko dar lag raha hai (when you went to Pakistan to eat Biryani, you were not afraid but you are afraid to move around in own country,” Kumar said addressing Congress party’s public meeting at Mapusa town on Thursday.

He said that while on one hand, they (BJP) say that he is a strong Prime Minister, on the other hand, he gets afraid and runs away.  “Last two days, one thing is being shown on television that there was a breach in Prime Minister’s security,” he said.

“One thing is that Prime Minister has 56 inches chest (seena) so why should he be afraid?,” he commented.

Kumar said that they (BJP) is saying that Prime Minister is not of any party than why is he campaigning for the party. “If there is a security lapse, you are the PM,  you have government with you, (union) Home minister is your friend , SPG comes under you, you conduct inquiry and see where is the lapse,” he said.

He said that the Prime Minister has purchased car worth Rs 12 crore but still claims that there is breach in the security.

In his speech, Kumar took a dig at Trinamool Congress Party and Aam Aadmi Party for being in fray for upcoming Goa Assembly polls.

He said that while Congress compromised with TMC and AAP as they were anti-BJP parties nationally, but in Goa, where Congress has capability to defeat BJP, both the parties have rushed in the fray.

Speaking about the personal attack on him, Kumar said “I was told that they have installed banner of tukde tukde, I can say proudly that we will do tukde tukde of BJP. We will make so many tukde that they wont be able to join them together.”

.Kumar said that BJP accuses him of being anti-Hindu but the fact remains that his name itself is Kanhaiya.

“They call me anti defence forces, I would like to tell them that 16 people from my family are in defence, I belong to the family which gets pension of freedom fighter,” he said.