Pic of Sawaikar-Rakhi Naik meal sharing being misused during election 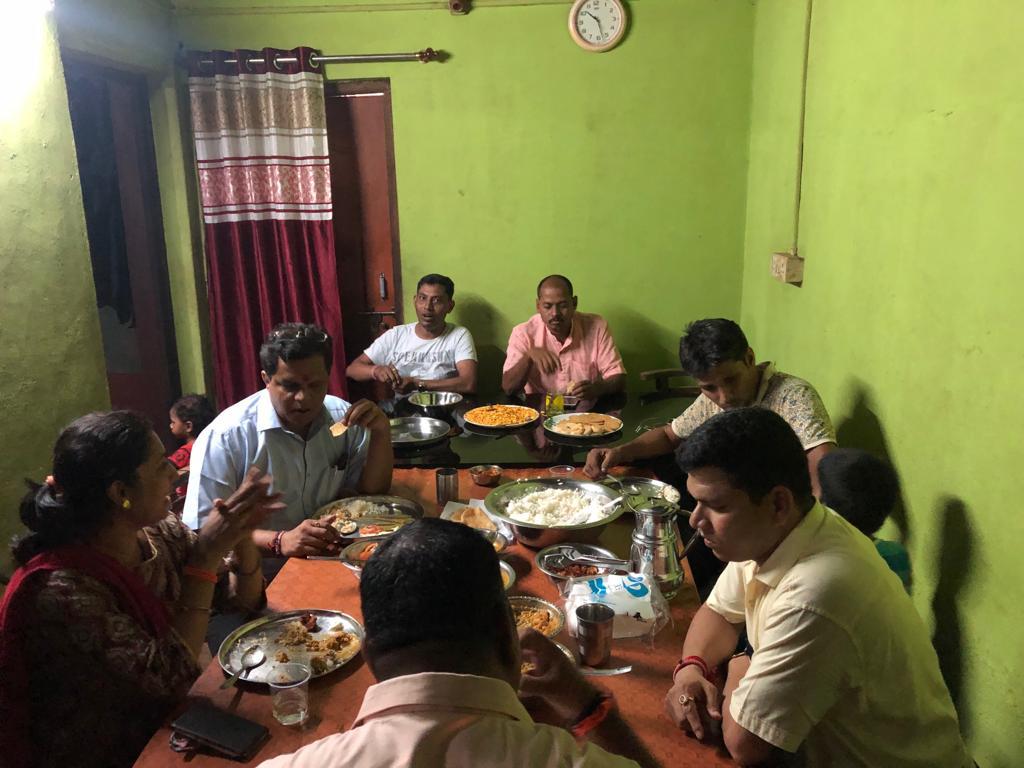 Sanguem: The picture of BJP South Goa Candidate Narendra Sawaikar and Shiv Sena Candidate Rakhi Prabhudesai Naik has gone viral, with rumour mill making it look like a political compromise between both the candidates.

Both the political leaders are seen having meal at the house of Sanguem MLA Prasad Gaonkar. Inquiries revealed that even Chief Minister Pramod Sawant had come for the function after Gaonkar invited everyone.

While some enthusiast clicked the picture and made it viral, the discussions on polling day was that both the leaders have come to a political compromise.

Naik has flatly refused that and claimed that she has been fighting election to vote.

“Sawaikar and I was sitting on the same table, and it was coincident. Neither Sawaikar nor I was knowing that we would meet. Some frustrated people who see that I am getting good support have started using the picture to disturb the process,” she said.

Naik has said that she has no intention to of any political compromise.

There was no political tone for picture of Sawaikar-Rakhi: Prasad

Previous articleAround 27 per cent voting by 11 am
Next articleThere was no political tone for picture of Sawaikar-Rakhi: Prasad