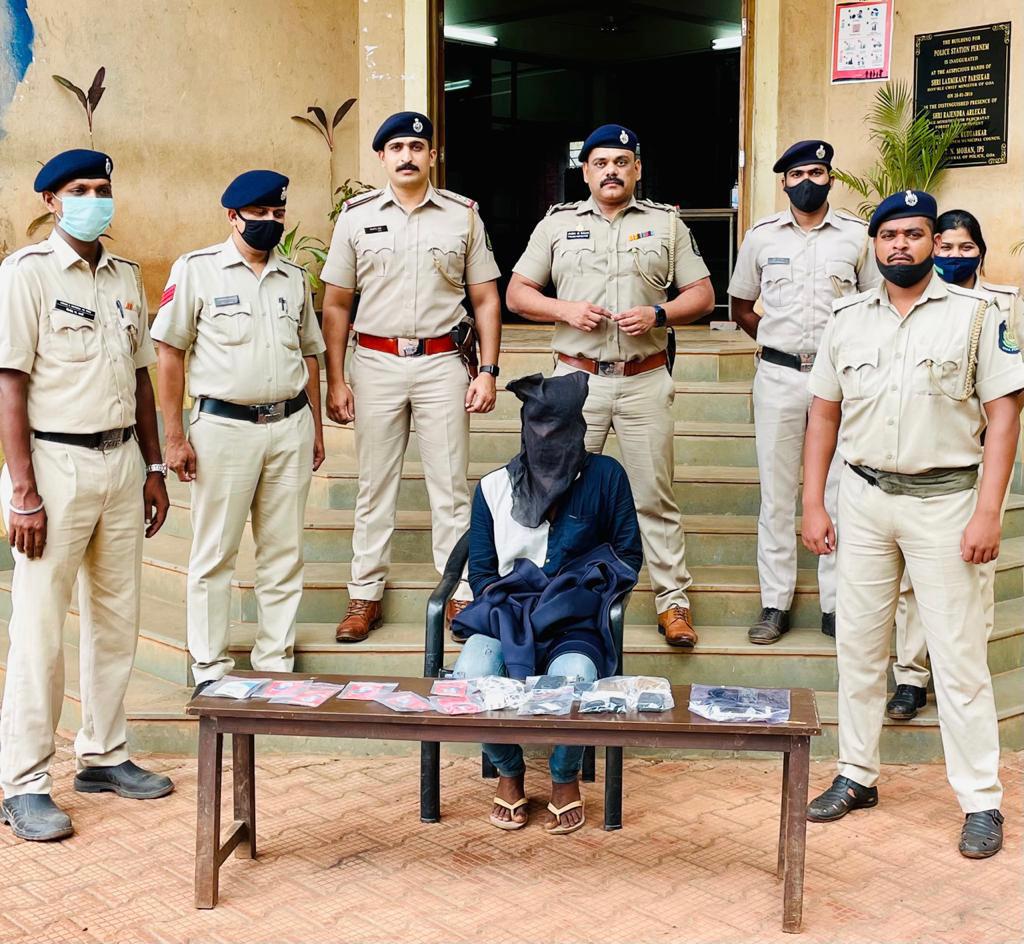 As per PI Jivba Dalvi on 17/05/2021, unknown person had break opened one mobile store in Mandrem Perrnem Goa and stolen mobiles and other accessories.

On this bases pernem police had registered crime against unknown person u/sec 380, 454, 457 IPC and investigation was taken up
Pi Jivba Dalvi of Pernem police station informed that surveillance was kept on all imei numbers of all stolen mobile and one such mobile was showing activity in Kerala.

Further one accused by name Jinson Joseph, age 22 yrs, n/o Nedumkandam Idukki Kerala was arrested and during his arrest stolen property was recovered consisting of 4 mobiles phones, 5 power banks, 7 memory cards, 8 mobile chargers and cords, and pendrive all worth rupees 80,000.

Accused was brought to Pernem on Transit Remand from Kerala.
Further accused was produced before JMFC Pernem and he is remanded for 5 days Police Custody.

As per the investigation carried out by Police there are every possibilities that above accused might have committed more crimes.

Investigation in this regards is in progress under guidance of Jivba Dalvi PI Pernem PS under the supervision of SDPO Mapusa and SP North Shobit Saxena IPS.