Perfidy: The British gift to India. By Adv Vinayak Porob 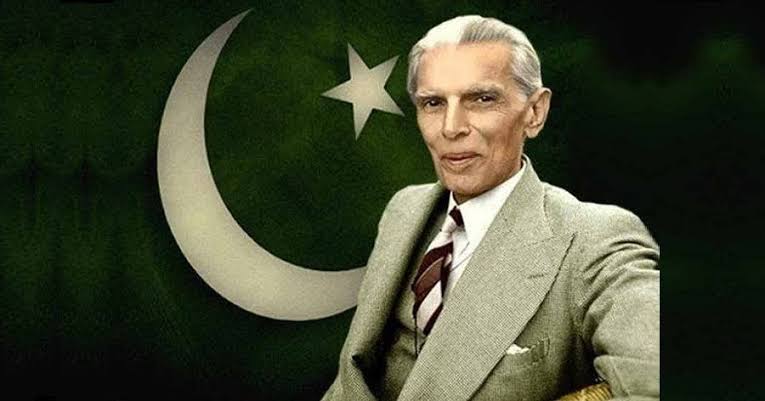 The independence movement was initially based on one nation independence and not on the basis of two nation theory until                      Mr. Muhammad Ali Jinnah decided to partition India as he wanted his roast to be cooked according to his specifications. Pakistan had not left anything to be decided by the departing British power as Jinnah had a hidden agenda of merging Junagadh with Pakistan along with chunks of Gujarat. Nawab Salim Mulla of Dhaka and Muhammad Ibrahim who resigned from Maharaja Hari Singh’s service were directed by Pakistan to imitate the congress leaders of Junagadh and set up provisional Government at Muzaffarabad and accordingly Muhammad Ibrahim was set up as the Prime Minister with Ghulam Nabi Gilkar as the President. From this Pakistan built upon agitations in Poonch, Mirpur, Kotli and nearby areas and later pushed in the armed tribals and regular army. P.O.K i.e Pakistan Occupied Kashmir was born in Pakistani mind on Muzaffarabad territory long before Pakistan military intervened. Pakistan Occupied Kashmir i.e P.O.K comprises Muzaffarabad region and Pakistani’s by technically integrating the P.O.K areas with its main territory has violated the U.N. Resolutions, Tashkent and Shimla agreements. China has grabbed the Aksai Chin region by taking advantage of lack of military planning and preparedness and absence of a deep geostrategic understanding of the Chinese designs. Aksai Chin is integrated by China with Tibet autonomous region and has influenced and persuaded Pakistan to cede 1/3rd of Gilgit–Baltistan in the vital Karakoram Pass area. The political class in India till date have not made average Indians aware of the fact that Pakistan has ceded 1/3rd of Jammu and Kashmir to China. What follows is that now Pakistan allegedly reserves the right to cede Gilgit–Baltistan areas of Jammu and Kashmir to China or America on some other strategic considerations. Pakistan on one pretext condemns Israel’s amalgamation of parts of Gaza Strip, Western Banks and the Golan Heights and on the other pretext has illegally ceded 1/3rd of Indian territory of Jammu and Kashmir to China thereby having no explanation to give to the people of Jammu and Kashmir and India who are the legal inheritors of the territories of the Maharaja of Jammu and Kashmir. Pakistan has shrewdly brought into picture China as its ally to negotiate with India on any final settlement of the Kashmir dispute when in fact neither Pakistan nor China have any right in discussions in the final settlement of the Kashmir dispute . The Kashmir issue should be resolved between the Indian Government and the people of Kashmir as the territories of the Maharaja of Jammu and Kashmir are integral part of India wherein no outside influence is warranted.

The strangest audity is that some pro Pakistani political fronts in Jammu and Kashmir vociferously resented scrapping of Article 370, however remain criminally silent when Pakistan gifted a big chunk of Kashmir territory to China. London was in a hurry to escape from India and after the entire area of Jammu and Kashmir was handed over to the Maharaja Hari Singh along with the Gilgit Scouts which was in command of Major William Brown, a soldier of Scottish origin. Maharaja Hari Singh was in the process of establishing his authority in Jammu and Kashmir after abrupt withdrawal by the British in- spite of Indian suggestion of phased withdrawal upon the final decision of the political future of Jammu and Kashmir.Taking advantage of the withdrawal of the British, the Pakistani authorities incited the tribesmen and arranged their congregation in Gilgit town. Absence of authority especially inability and circumstances of India allured Pakistan to incite Poonch, Mirpur type rebellion. Major William Brown who was the only military authority in Gilgit in connivance with the defence secretary of Pakistan declared merger of Gilgit agency with Pakistan and on 4/11/1947 he raised Pakistan’s flag over his headquarters. Events in Gilgit overtook the Maharaja and the rulers of Humza and Nagar responded positively to the overtures from Pakistan as the Maharaja had no physical means to assert his sovereignty. After two weeks the Government of Pakistan sent an administrator to take over the civil powers in the region during which Brown effectively exercised it. Lord Mountbatten along with his junior officers and Pakistani leaders hatched this conspiracy and by deceit and treachery Pakistan managed to take control over the Indian territory of Jammu and Kashmir which is now referred to as P.O.K. and includes Gilgit–Baltistan and the Azaad Jammu and Kashmir, inspite of the fact that the people who live there have very little in common with Pakistan except that they profess different shades of Islam. It is necessary to highlight the abuses and injustice heaped on the people of P.O.K. as the I.S.I. has planted the seeds of sectarian violence in Gilgit–Baltistan. Though Pakistan calls Azaad Jammu and Kashmir as Azaad, literally the situation in Azaad Jammu and Kashmir is worse than a colony under a colonial empire as people in Azaad Jammu and Kashmir are given no rights in Pakistan, neither can they vote in Pakistan general elections nor can they take their grievances to the Pakistan’s Supreme Court. Pakistan’s national budget makes no provision for the region and they cannot hold any public office in Pakistan. The innocent villagers of P.O.K. are mercilessly killed by Pakistan backed terrorists and the local men and women are abused by Jihadi groups such as the Lashkar–e–Taiba, Jaish–e–Mohammed, Hizb-ul–Mujahideen. Parties and candidates who wish to participate on the platform of independence and refuse to sign the declaration calling accession of Azaad Jammu and Kashmir to Pakistan, an article of faith were denied the rights to field candidates. The winning political leaders were forced to sign declaration calling accession of Azaad Jammu and Kashmir to Pakistan as an article of faith. Pakistan has maintained P.O.K. at minimal costs in order to use P.O.K. against Indian interest by carrying out a low-cost war against India from the bases created in P.O.K. by Pakistan. The unemployed boys from Gilgit and Baltistan are allegedly coerced by the I.S.I. to fight in Kashmir against Indian interest thereby destroying the future generations of P.O.K.

It is the British who by their abrupt withdrawal and by hatching conspiracies with Pakistani leaders have perfidiously made the Indians to suffer inspite of creating a fortune for themselves by looting India’s vast wealth and natural resources. It is for the British perfidy for which the Indians including the people of P.O.K. are paying such high price which is the parting gift by the British to India.

The writer is a practicing Advocate from Mapusa.

Goa’s political canvas seems to be filled with utter confusion ahead of the crucial 2022 polls. Right from the rumour –cum-news of BJP changing...
Read more
Blog

The media is still overburdened with the only “covid 19”.The eyes are  always on what’s happening around the number of cases, deaths and the...
Read more
Blog

Drones are the technology of the future. Although the most commonly seen drones are being used only for photography, there are other industries that...
Read more