Paramount Sports Club are the winners of Friendship Cup Cricket 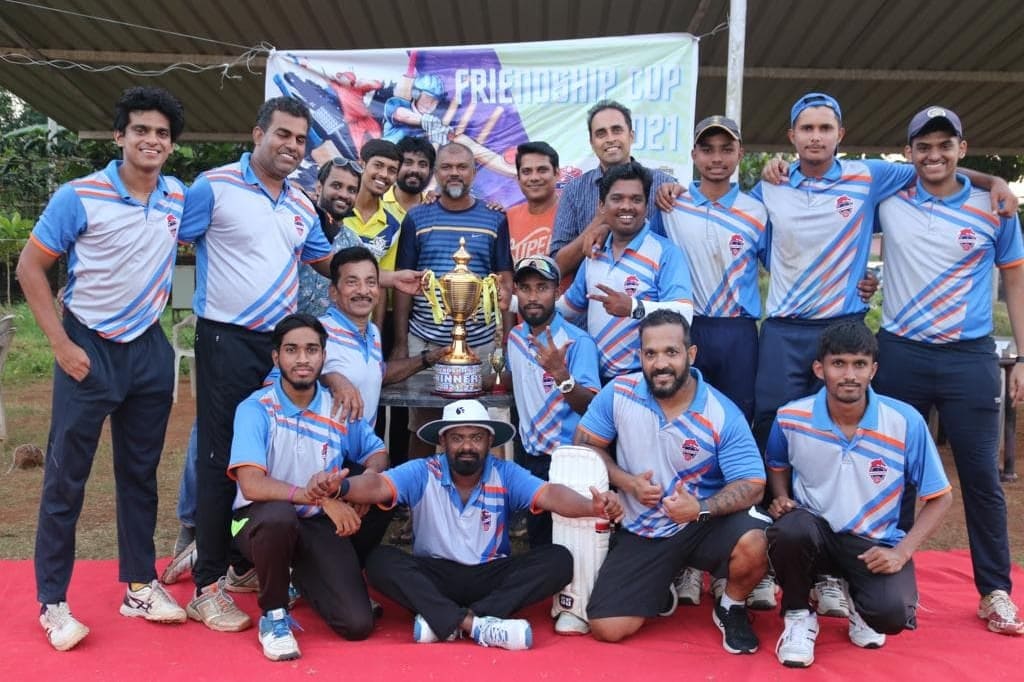 Sanguem: Paramount Sports Club , Vasco won the trophy in the final match played between them and Knight Archers at GCA ground Sanguem on Sunday.

In the reply, Paramount scored 128/5 at 18.3 overs. Switesh Vernekar scored 32 not out in 25 balls, Prakash Lamani scored 31 in 38 balls, Arsh Sardessai scored 25 in 20 balls, Nikit Naik Dalal took three wickets while Shashikant, Krishnakant and Vrushab took one wicket each. Darshan was declared man of the match.