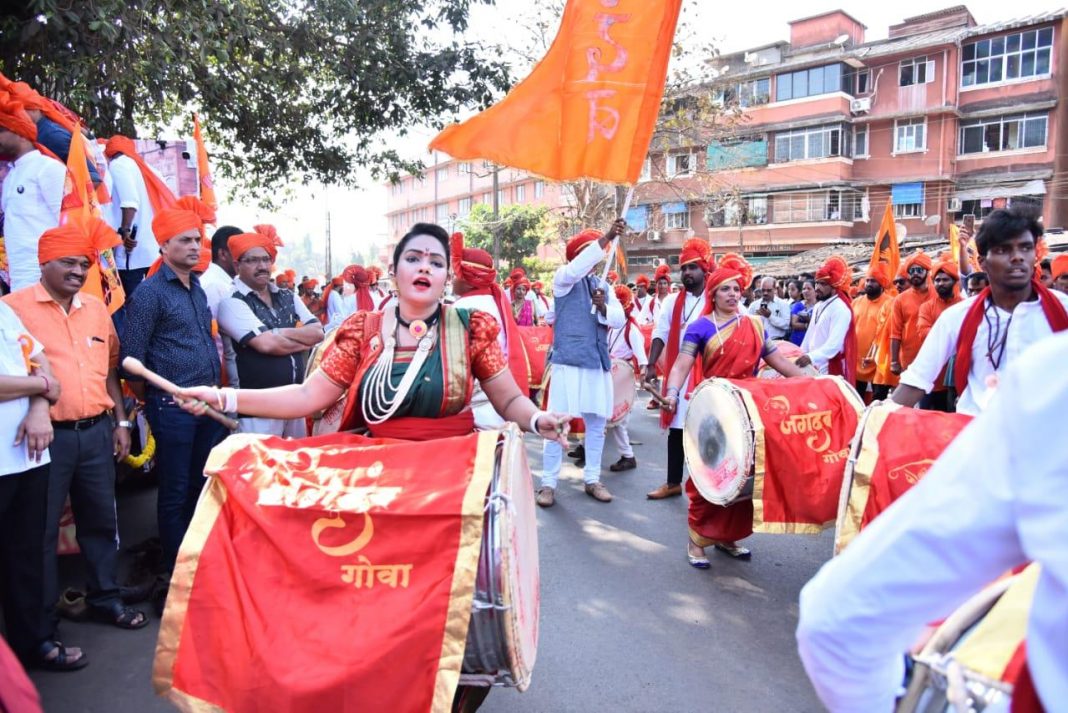 Ponda: While beating Dhol for any procession remains predominantly a male fiefdom, Ponda-based Padmaja Prabhu has challenged the myth. The 32-year-old has become one of the first women to professionally play `Dhol’ amongst the male participants.

The story of Padmaja can be inspiring for many women who would like to break the traditional belief that playing Dhol is just not their job.

With the active support of her husband, Devdatta Naik, Padmaja has turned from an amateur to professional Dhol player of her troupe “Jagadamb Dhol Pathak.”

But this achievement didn’t come overnight for Padmaja who had dreamt of it since her childhood.

“I always wanted to play Dhol. But then, I also thought that it would not be possible as there are no professional Dhol Pathaks (troupes) in Goa. To my luck, my life partner also nurtured a dream of having his own Dhol Pathak and that’s how it all happened,” she said narrating anecdotes after anecdotes of her journey towards a professional player.

A struggle by Devdatta highlights the achievement of Padmaja. When he decided to form his troupe, he faced several rejections. After sleepless nights and not to happy encounters with the people whom he approached with the idea for two years, finally Devdatta could manage to put in place his own troupe.

Now it’s a 47-dhol-strong troupe, which has been highlighting several events in the State.

Padmaja’s first public performance was on February 03, 2019, almost after a month long rigorous training by her tutor Sairaj Naik from Shiroda.

For the installation of Ganesh Idol at Ponda, Jagadamb stole the show and people were appreciative of Padmaja who walked four and half kilometers beating Dhol.

Now the troupe is in demand. And with Shigmo round the corner, Dhol is an integral ingredient of the festival.

Jagadamb is practicing to perform at Shigmotsav, Ponda and also for Shiv Jayanti this month.

“My dream is to see that there are several Dhol Pathaks (troupes) in Goa and women participate in it in a large number,” she says.