Our central leadership is in talks with MGP, if required, we will take their support: Pramod Sawant 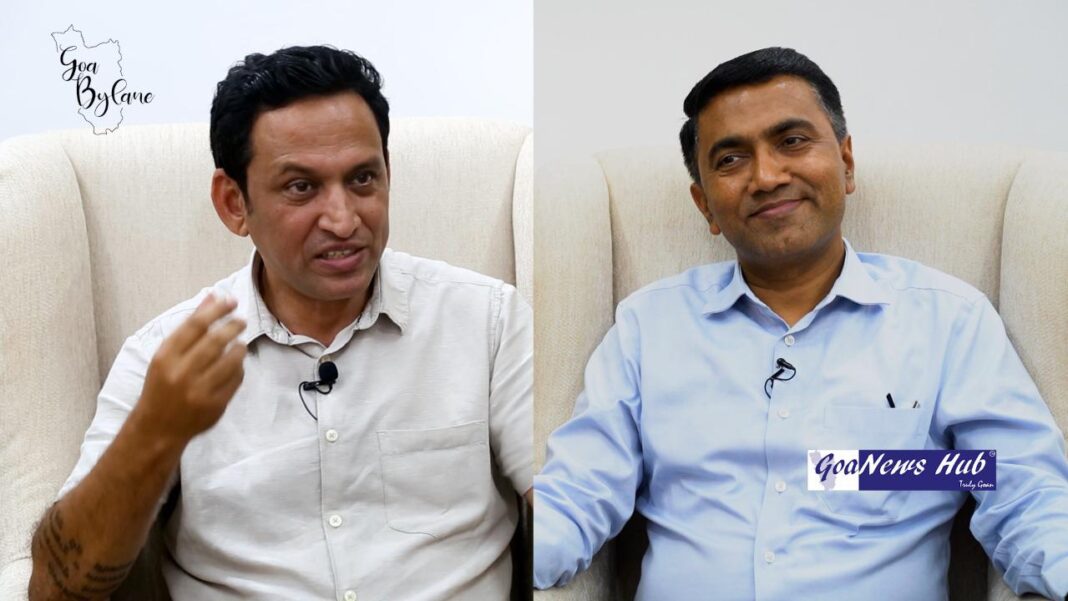 Panaji: With only few hours left for the counting of Goa Legislative Assembly Election polls, Chief Minister Pramod Sawant has said that BJP central leadership is already in talks with MGP to get their support, if party falls short of few numbers to form the government.

Sawant said that the BJP is optimistic to get more than 22 seats but has also kept an option open to take support from Independents and Maharashtrawadi Gomantak Party (MGP), if they fall short of few numbers, after the results are announced on March 10.

The chief minister said that the Central leadership of BJP is in talks with MGP for post-poll alliance.

In the year 2017, MGP along with Goa Forward Party and Independents had helped BJP to form the government. The Deepak Dhavalikar-led party later was dropped from the cabinet in the year 2019 when Pramod Sawant took over the reigns of the state after the demise of Manohar Parrikar.

MGP has contested recently held State Legislative Assembly election in alliance with Trinamool Congress Party (TMC). MGP leader Sudin Dhavaikar had recently said that the party will not support BJP, if Sawant is heading the government.

Responding to the statement, the chief minister said “if any party supports us, they cannot take decision on our leadership.”

Sawant said that it was MGP which kept distance from the BJP in 2017 Goa polls and also subsequently later in 2022. “MGP was dropped from the government because they contested against our official candidate in 2019 by-election.”

The chief minister said that he has no personal differences with Dhavalikar brothers. “Whatever differences were there were political,” he commented.

When asked whether he would be the next CM, in case BJP wrestles the power, Sawant said “the election was fought under my leadership. Right from our National President to State President, everyone have said it and it has been often repeated that we will form the government under my leadership.”

“I am fully confident that central leadership will once again keep their faith on me to head the next government,” he added.