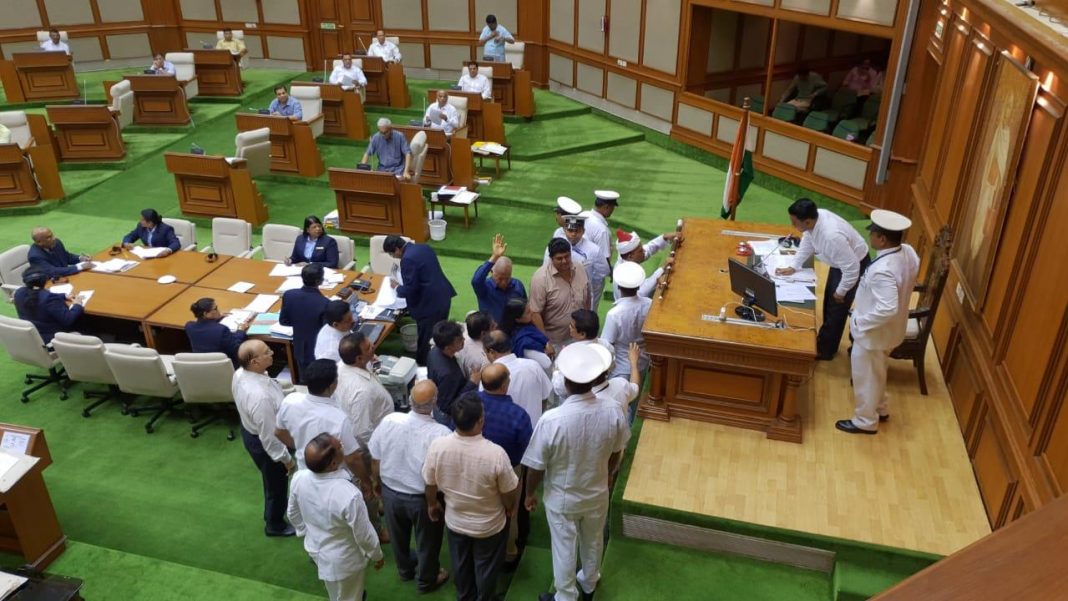 Porvorim: The monsoon session of State Legislative Assembly today began with Opposition benches forcing four adjournments on the issue of formalin in fish. They were demanding that Adjournment motion be moved which was disallowed by the Speaker.

Leader of Opposition Chandrakant Kavlekar demanded that the Adjournment motion be moved in connection with the finding of formalin in fish by State Food and Drugs Administration department.

Speaker Dr Pramod Sawant did not allow the adjournment motion and instead asked the Opposition benches to take up the issue through Calling Attention motion.

Kavlekar however refused to listen and all the opposition members rushed in the well of the House.

The speaker adjourned the assembly for the first time till 12 noon.

When the assembly assembled again, the opposition benches continued their demand for adjournment motion.

Even as chief minister Manohar Parrikar began responding to the Question tabled on the floor of the House, the opposition members insisted that the Adjournment motion should be considered on priority basis by suspending the question hour.

Speaker said that he would take up the issue after the Question Hour but the ruckus continued on the floor.  As the opposition benches refused to listen, the speaker once again adjourned the house till 12.30 noon.

When the session assembled again, the opposition continued with their stand demanding adjournment motion and even rushed to the well forcing third adjournment till 12.45 p.m.

The opposition continued the ruckus again when house assembled. Speaker passed obituary references amidst the noisy scene and the House was adjourned till 2.30 p.m.