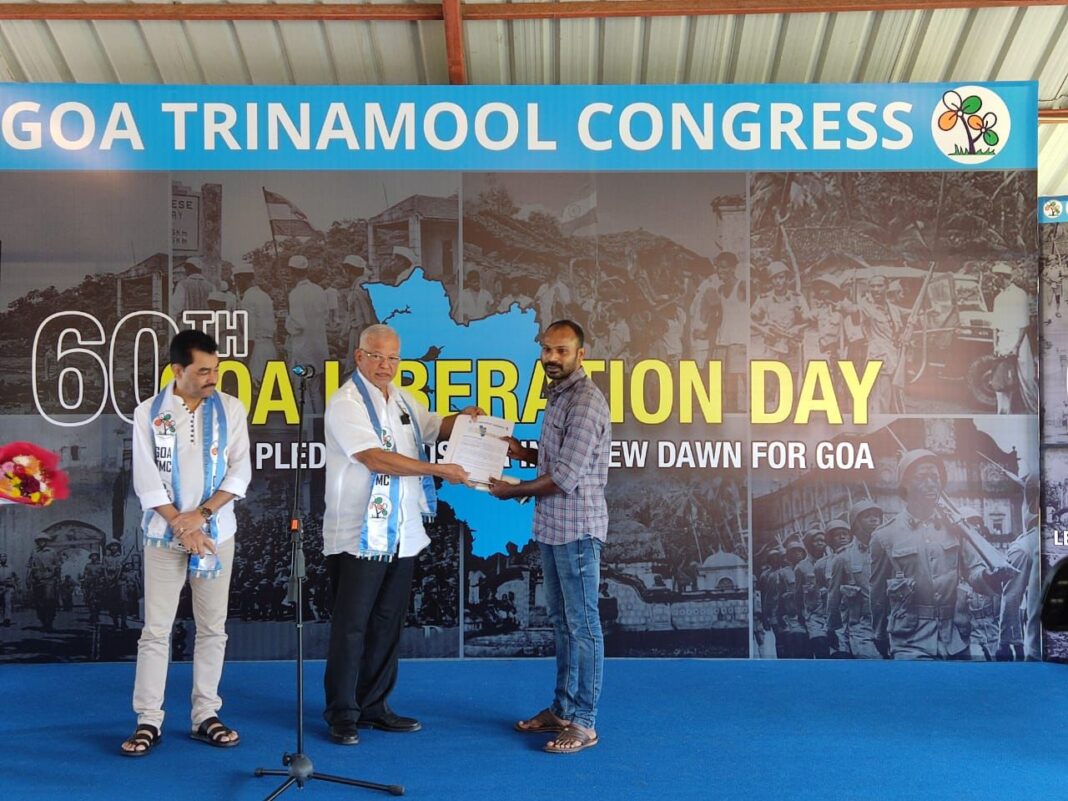 Reciting a poem about the beauty of the state, Shri Shivdas Naik talked about Ram Manohar Lohia’s visit to Goa during the liberation movement. ‘Lohia came to Margao and got arrested for his speech. This is when the seed of liberation was sown in Goa.’

Citing the valorous sacrifice of Goa’s first martyr Bala Raya Mapari, Shri Kiran Kandolkar noted the number of times Goans have taken to the streets in the last five years to protest various infractions by the present BJP government. He said, ‘Severe injustice has been meted out to Goans. Even today, we see the children of our freedom fighters on hunger strike at Azad Maidan protesting issues like double tracking, illegal coal mining and other linear projects that do not serve the interests of the people. Goans need to wake up and come together to vote the BJP out.’

Bearing in mind the glorious history of the state, AITC state in-charge Smt. Mahua Moitra asserted, ‘Goa is an integral part of the country that stands out because of its rich multicultural heritage and peaceful co-existence of many communities. In 2017, the BJP disrespected the people’s mandate and took a backdoor entry. It is time we liberate Goa once again, this time from the BJP. And we must do it with full force.’

At the same event, social worker and legal activist Seoula Vas pledged her allegiance to the Goa TMC. ‘Looking at the way Congress is allying with forces that are pro-BJP, we believe that they do not deserve any sympathy. I had been waiting for the TMC even before the TMC thought of coming to Goa. This is a new party, and no doubt we shall together bring in a new dawn for the state.’