NOTE india urges for regulation of tobacco sale to control tobacco epidemic and save children!! 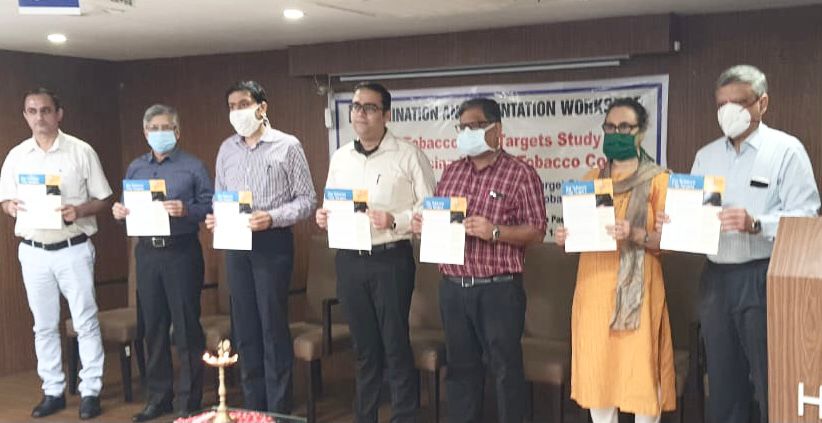 programme and stakeholders workshop on 4th September 2021 in Manipal Hospital, Goa to sensitize all stake
holders on tobacco control measures in Goa for specially youth and teens from getting tobacco addictions.

*The key highlight of the function was the release of survey report titled ‘Big Tobacco Tiny Targets’ and Vendor* *licensing laws on tobaccocontrol.*

#Shri Ravi Dhawan, expressed that the Government of Goa is very proactive in ensuring appropriate steps to tackle
the menace of tobacco and is committed towards reforms and regulations especially to curtail the use of tobacco
products in children, he categorically opined that there shall be zero tolerance in enforcement of tobacco control laws.

#Dr Tarik Thomas, opined that government is keen on saving precious lives, especially younger generation from ill
effects of tobacco and is in consultation with stake holders to expedite the implementation of vendor licensing
laws.

#Dr Shekhar Salkar, National President, NOTE India oriented all members on the E-Cigarette and how it was
equally harmful and yet becoming a trend in young adults even after being banned by law of the land, Dr Salkar
also expressed that NOTE is willing to undertake various a awareness campaigns and activities to ensure anti tobacco reforms, NOTE has recently handed over a proposal to implement, monitor and ensure compliance of “tobacco free education institute programs “ (TOFEI) of central government and will be starting tobacco
cessation clinics, both project shall be implemented soon in consultation with state government.

#Shri Ashim Sanyal, presented the Big Tobacco Tiny Target study and pointed that a total of 97 point of sale were
identified selling tobacco products within 100 yards of educational institutes in GOA, he urged the Government
to strengthen enforcement of COTPA 2003 to protect our children & youth from falling prey to the tactics of
tobacco companies. Tobacco Vendor Licensing is beneficial in tobacco control, especially in current pandemic.

#Shri Amarjeet Singh, presented about tobacco control and vendor licensing laws under COTPA 2003. He stressed
that it’s critical to make sure we strengthen our laws and penalty provisions to deter tobacco companies from
selling and advertising of their addictive products to our children and youth.
Mr Kirit Maganlal, vouched support towards the campaign and expressed that at large the organized retail sector
especially in Goa is committed towards working within the frame work of rules and regulations, he said that most
of the retail chains in Goa have a self-regulation and check-lists with reference to sale of regulated products such
as tobacco.

#Dr Rupa Naik, informed all the participants that various awareness campaigns and activities are undertaken by the DHS under National Tobacco Control Program, and expressed the need to make the anti-tobacco movement strong
by using all means and measures.

#Around 40 Participants of the workshop included officials from DHS, FDA, South and North collectorate, Goa Police,
Municipal administration and Directorate of Panchayat.