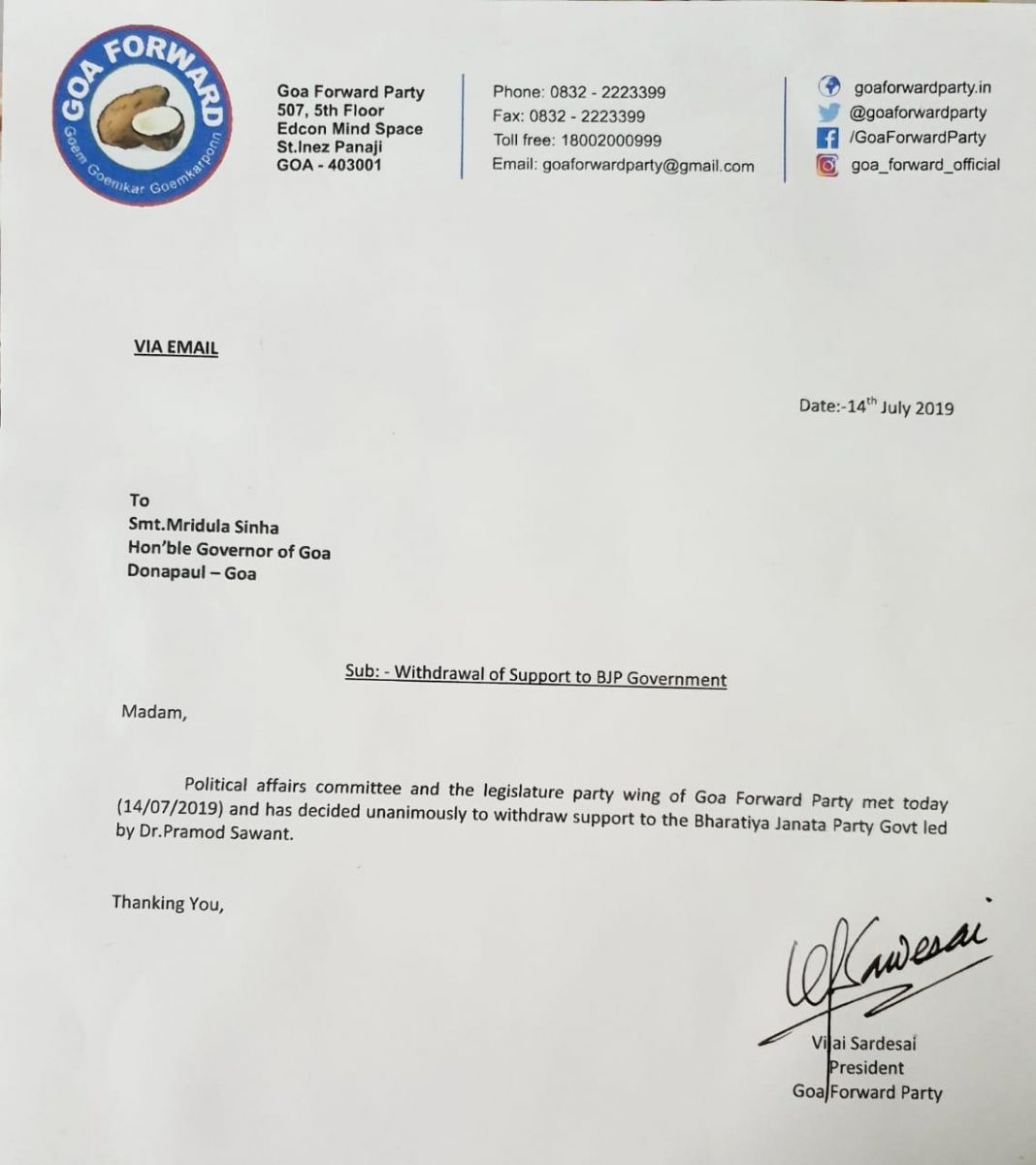 Panaji: Goa Forward Party, an ally of NDA, on Sunday officially sent the communication to Goa Governor Mridula Sinha withdrawing their support to Pramod Sawant led government.
The legislative of Goa Forward Party on Sudnay met and resolved to withdraw support of Sawant-led government.
Goa chief minister Pramod Sawant had dropped all the three members of GFP from the cabinet after a group of ten MLAs from Congress merged their unit in BJP increasing the strength of ruling party from 17 to 27.
“Political affairs committee and the legislature party wing of Goa Forward Party met today and ha decided unanimously to withdraw support to the Bharatiya Janata Party government led by Dr Pramod Sawant,” reads the letter signed and communicated to Governor on Sunday.
Goa Forward Party chief Vijai Sardesai has signed the letter.
Sardesai on Saturday had announced their withdrawal from the government after they were dropped from the cabinet.
With the resignation of GFP, the strength of ruling bench has been reduced to 31 with 27 of BJP, two Independents and one each from MGP and NCP. The opposition benches has nine members including five from Congress, three from GFP and one Independent – Rohan Khaunte.

Poor show of Congress in Bicholim evokes the need for alliance

Bicholim: The utterly poor performance of Congress party in Bicholim for the recently held municipal elections have raised the question whether the party can...
Read more
Politics

Loyalty towards my party was my madness, I am face of AAP in Goa now: Pratima Coutinho