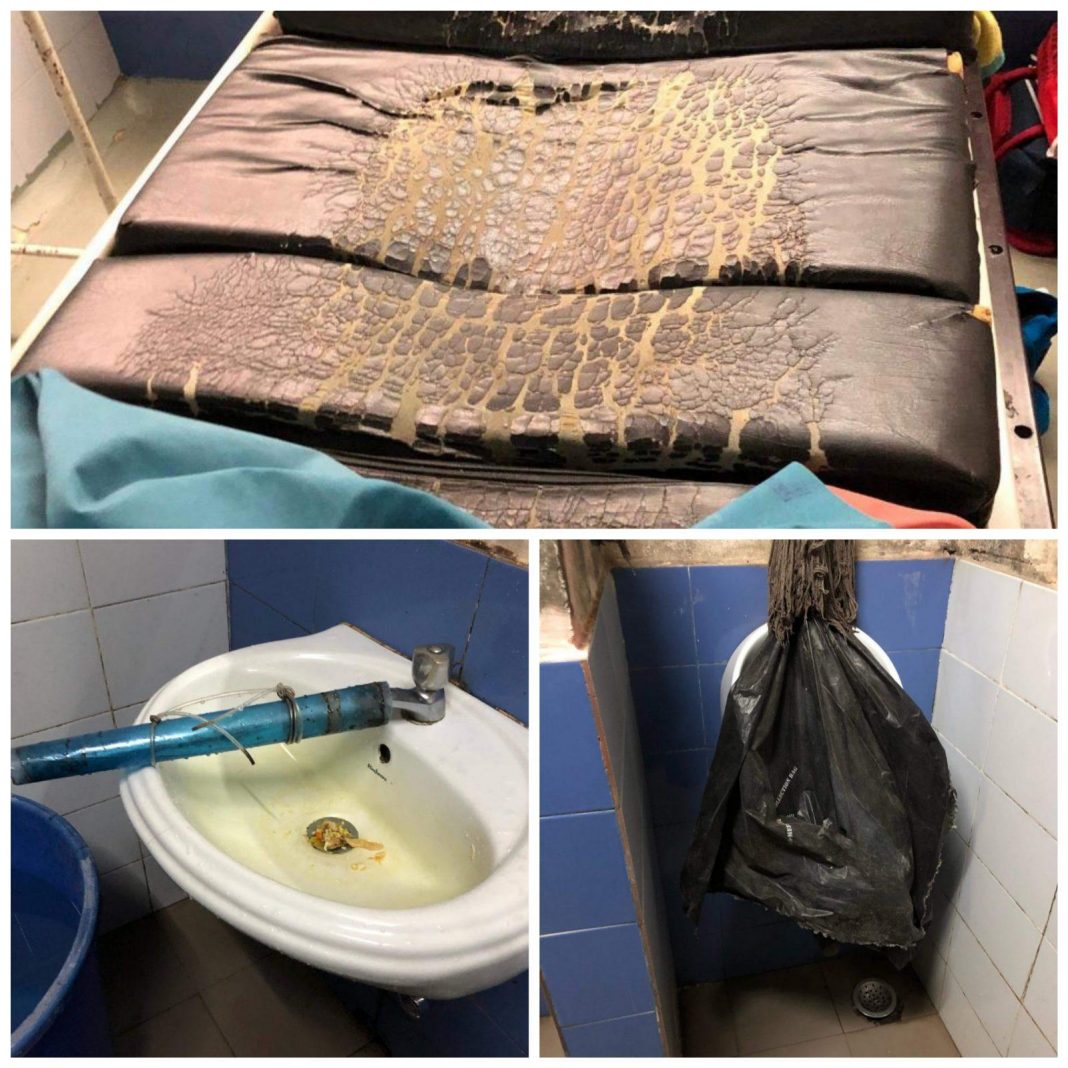 Panaji: A disgusting sight of a men’s toilet covered with black polythene bag, a torn bed and a tap being tapped to get water for drinking over a chocked basin in Goa Medical College and Hospital is making waves on the social media.

The sorry plight of affairs at GMCH speaks volumes about the tall claims by Health Minister Vishwajit Rane over the hygiene in State’s premier medical facility.

The social media, specially Facebook, has been abuzz with the pictures which shows a black polythene bag which is covering the male urinal. It is perhaps an attempt to stop people from urinating at that unit, as it is out of order.

In another picture, an extra pipe is seen to have been joined to the main  tap, tapping the water. While this still could be understood, what’s irritating is the choked basin shown in the picture.

And yet another picture, a bed has been torn and the sponge from it is popping out.

Rane has been boasting about the hygiene at this facility and also given a single tender for a private firm EcoClean to clean up this mess. But things seems to be not working and people are put to hardship.