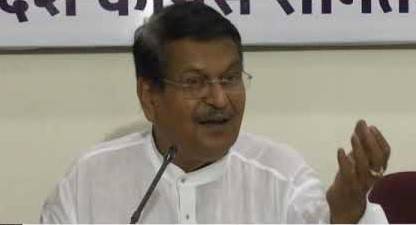 Deshprabhu, 64, passed away at Goa Medical College and Hospital near here where he was admitted.

Condoling the death, Chief minister Pramod Sawant tweeted “Shocked to learn about the untimely demise of former legislator Shri Jitendra Deshprabhu. My deepest condolences and sympathies are with his family in this hour of grief.”

“I will always remain indebted to him for his valuable guidance to me, specially during my youth congress days,” he added.

Previous articleCOVID-19: Testing facilities to be installed at Industrial Estates, Airports: Vishwajit Rane
Next articleGoans stranded on the high seas will now be back home soon: Pramod Sawant