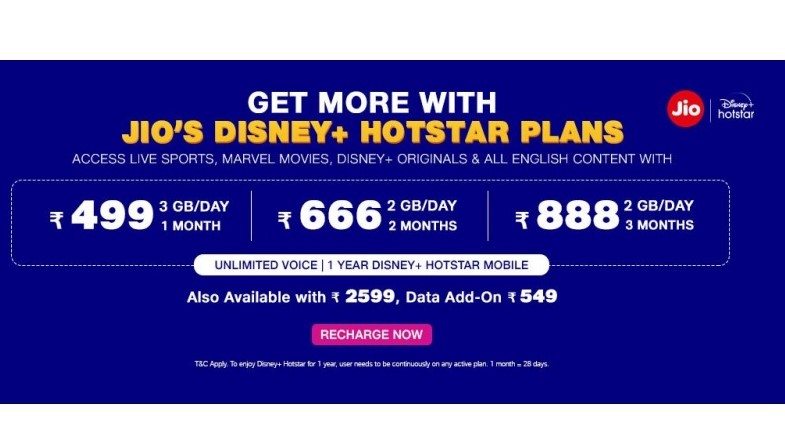 Jio, India’s largest telecom operator, has launched a new range of prepaid plans which come with complimentary subscription to Disney+ Hotstar with unrestricted access to the entire content.

The revision is largely on the back of Disney+ Hotstar revising its plan and offerings in Indian market. Jio’s new plans, in addition to offering 1 year subscription of Disney+ Hotstar, comes bundled with Unlimited voice, data, SMS, Jio Apps and other benefits.

The new plan will be available for recharge from 1st September 2021. While existing Jio customers on active Disney+ Hotstar plans will continue to enjoy the existing benefits until their current subscription expires.