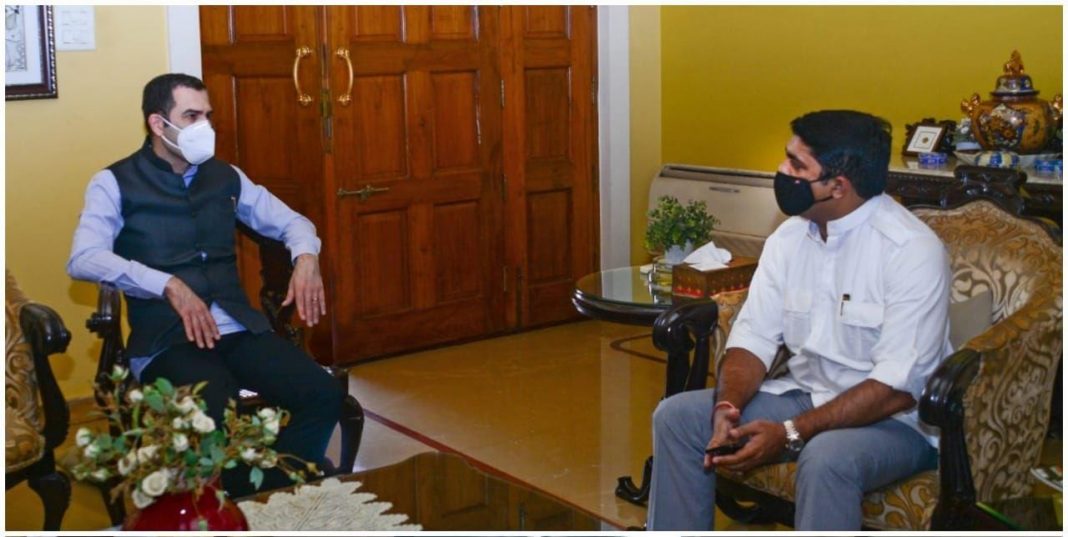 Consul General Yaakov Finkelstein discussed the various initiatives which were initiated by then Deputy Chief Minister Vijai Sardesai in the agriculture sector in Goa, specifically about the State of Art Centre of Excellence for Organic Farming in Goa which has now been put on the back burner by the Pramod Sawant Govt.

Israel happens to be the global leader in agriculture and our discussion back then were to adopt certain techniques which are favourable in Goa and to improve productivity and profitability of Goan produce and Goan farmers said Former Deputy Chief Minister Vijai Sardesai.

Sardesai further said that he also discussed certain means and methods to improve productivity of fish which would allow providing subsidised fish to the people of Goa during his visit to Israel in 2019.

I hope the present Govt could still pursue these projects and help implement them as these would be beneficial to Goemkars said Former Deputy Chief Minister Vijai Sardesai.