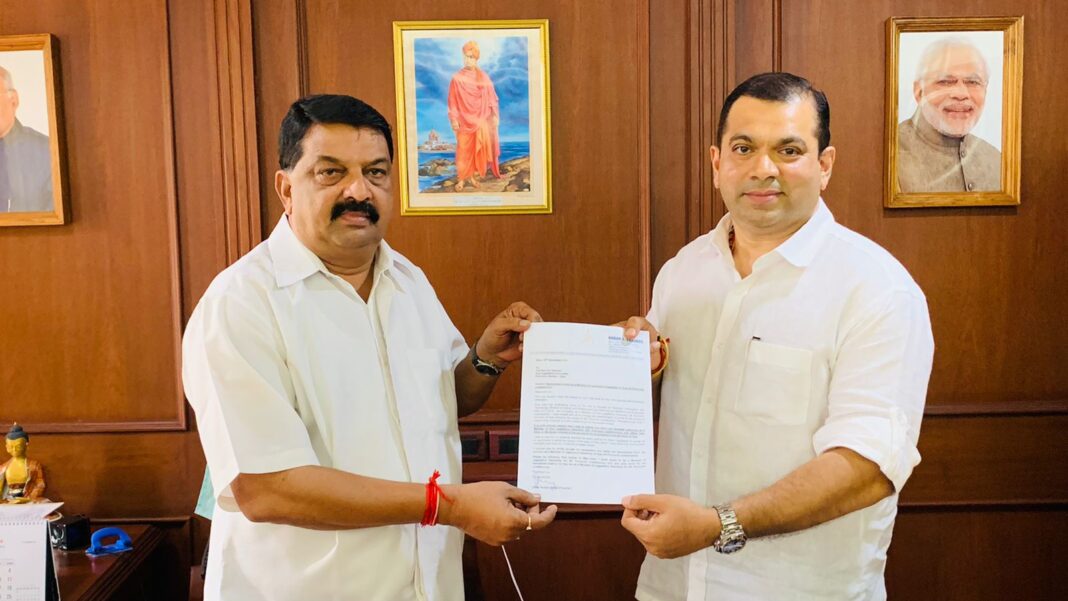 Panaji: Independent MLA Rohan Khaunte on Wednesday resigned from the House ahead of the state legislative assembly elections scheduled next year.

Sources stated that Khaunte would be joining Bharatiya Janata party (BJP) later during the day. Khaunte is a former minister in late Manohar Parrikar led government.

On Wednesday afternoon, Khaunte met Speaker of Legislative Assembly Rajesh Patnekar to tender his resignation as the member of legislative assembly.

The two time MLA has won both the times as an Independent from Porvorim assembly segment.

Sources stated that Khaunte would be joining BJP later during the day.

With his resignation, the strength of the 40-member- House has been reduced to 36. Congress MLAs Ravi Naik, Luizinho Faleiro and Goa Forward Party MLA Jayesh Salgaonkar has already resigned in the run up for the polls.