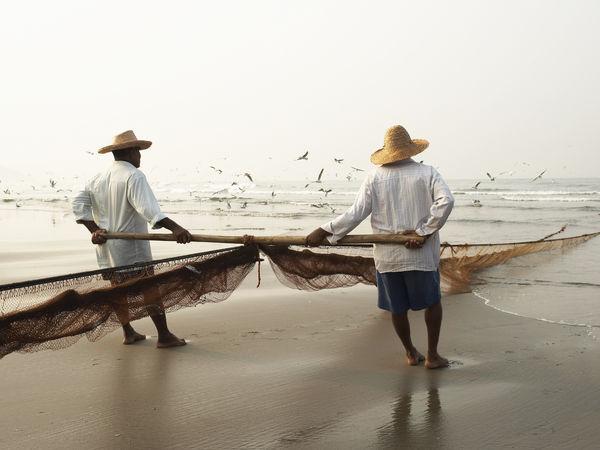 Panaji: Met department (IMD) has warned fishermen from venturing into sea for next two-days due to rough sea condition.

IMD has said that the winds will be westerly with speed 45 to 55 kmph temporarily reaching 60 kmph in gust/squall. Sea will be rough to very rough with westerly waves.

“Fishermen are advised not go out in sea off Maharashtra-Goa coast and open sea during next two days,” it stated.

Also, the Indian National Centre for Ocean Information Service (INCOIS) has warned of high-waves along the coast of Goa from Vengurla to Vasco.

IMD has said that the south-west monsoon currents are currently weak over Goa coast.

Previous articleCM hopeful that Goa will be unemployment free in next 1-2 yrs
Next articleMMC CO Siddhivinayak Naik swungs into action, overhead illegal cables to go first