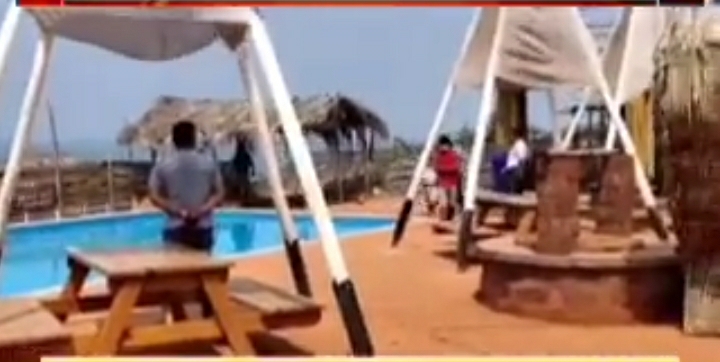 Panaji : Barrel Yan Tree Beach Club at Candolim has come under locals’ scanner after a video went viral for allegedly the structure being built  illegally on the beach. The locals have written to the Panchayat about complaining about the illegal structure.
Premanand Diukar, President of Calangute Constituency forum has argued that the structure has been built on Sand dunes. “The structure is built within 10 meters of a high tide line, the government tells us to preserve sand dunes but here they are being destroyed ” lamented Diukar.
“CZMP plan clearly shows sand dunes on the constructed site” said Diukar. the locals have demanded that the structure be demolished and the beach be restored to its original position. Diukar has thanked the Panchayat for inspecting the area he has now requested CRZ authority to inspect and produce a report and take necessary action on the wrongdoers.
Share
Facebook
Twitter
WhatsApp
Linkedin
ReddIt
Email
Print
Telegram