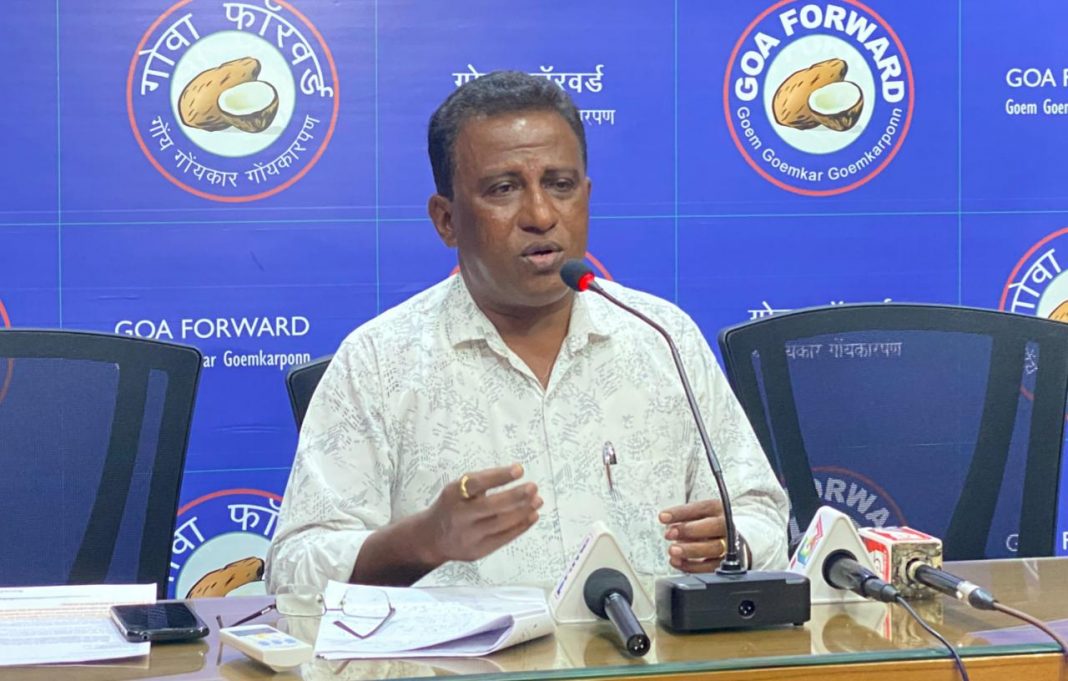 Panaji: Goa Forwars Party Emoloyees Forward Convener John Nazareth addressing the press on Sunday alleged that the chief minister has been ‘fooling government servants’ over the HBA issue.
Nazareth said that GFP is in possession of a lengthy four page letter dated 12.06.2020 written by the Bank Official to the Additional Secretary Finance,  Finance Department, Department Management, Secretariat citing atleast 13 reasons why the House Building Advance scheme backed by Government of Goa Guarantee of Rs 300 crores cannot be abruptly closed.
“The bank has clarified that the Net Take Home Pay (NTHP) should be minimum 40% as per norms. The bank has also said that the borrowers should arrange for inspection of property before conversion of the loan,” Nazareth inferred.
“The mortgage that was done with the Govt has to be done with the Bank, expenses for the Title Investigation Report,  Valuation Report,  Stamp duty has to be borne by the borrowers. This will again put the burden on Government employees,” the former Goa government’s employees association president informed.
The bank has also informed that that the guarantee of Rs 300 crores will be released only upon completion of mortgage and other formalities. The existing mortgage should be released by government by following due legal procedure, he added.
Taking a jibe at the government Nazareth said,  “Dr Pramod Sawant Govt has fully violated the procedure. The CM is making public statements that Govt. servants are not working properly and that action will be taken.But from the contents of the bank letter it is clear that Pramod Sawant Govt. has totally failed to discharge its duties and violated the conditions of the bank. Pramod Sawant Government has unlawfully disturbed the peace of the government servants who had availed having loan as per the scheme formulated by his own Guru the former Chief Minister of Goa Manohar Parrikar and soon after his death and Dr Pramod Sawant is creating ways to put the Govt. employees on roads.”
Goa Forward Party under the leadership of Vijai Sardesai will leave no stone unturned to help the aggrieved employees to get  justice. We appeal to the government employees not to take any dictates from this Govt as the expiry of this Govt almost nearing and the BJP product would not be accepted by Goemkars in 2022, he further stated.