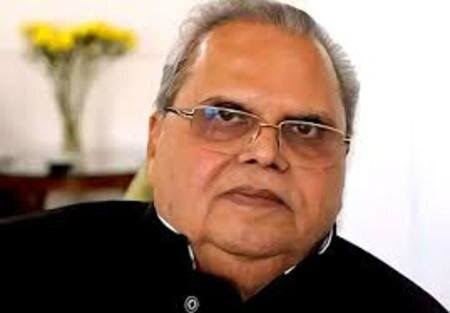 Panaji: Governor Satya Pal Malik on Saturday took strong objection to the new reports that had sought his intervention to handle COVID-19 crisis in the state.

Governor said that Goa administration under the able and efficient leadership of Chief Minister is handling the unprecedented crisis effectively with great degree of professionalism, sensitivity and empathy.

In a press statement issued here, Malik has expressed his full fledged support to the Government in handling of the crisis and urged the opposition and all other stake holders to come together in battling the pandemic.

He said only by coming together the crisis can be overcome.

The Govenor has taken strong exception to news articles published in the news papers, wherein the opposition has called as defective in handling Corona Pandemic, and urged him (Governor) to take over the administration.

Similarly, Independent MLA Rohan Khaunte had also pointed out that Chief Minister had failed to arrest the inflow of non-Goans in the state, who were arriving here to live in their second homes.

Governor has further said, that the news article published in various news paper are in bad taste and portrays differences and divergences between him and the Chief Minister in handling the crisis.

“Entire Goa administration under the able and efficient leadership of Chief Minister is handling the unprecedented crisis effectively with great degree of professionalism, sensitivity and empathy,” he added.

Governor said that the stringent lockdown measures and protocols adopted by the state Government are one of the best in the country and that is the reason as to why there is neither any local nor community transmission of Covid-19 is the state.

Previous articleRevocation of suspension order of a kin of former CM was due to political pressure: Chodankar
Next articleInfo suggests Goa marching from Orange to Red Zone: Vijai Sardesai