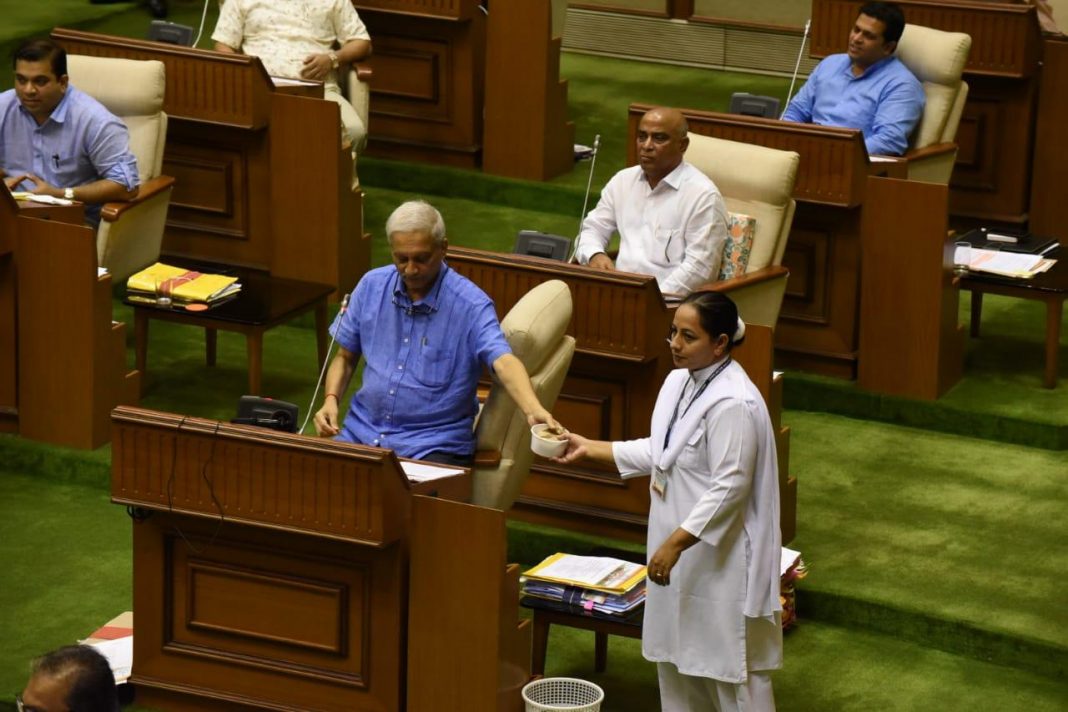 Porvorim:  Chief Minister Manohar Parrikar told the State Legislative Assembly today that Goa Education Department is launching a mobile App, which will be provided to the teachers so that they can register their complaints about infrastructure on it.

“During last five year total Rs 68 crore were spent on infrastructure for government schools. We are creating App which will be given to the government school teachers,” the chief minister told the House.

He said for instance if there is a problem of toilet leakage or any issue with the tap, they can inform the department on App and they will get response within 48 hours.

Parrikar conceded that as far as school infrastructure is concerned, there are some issues in the rural areas as “government doesn’t get contractors to work specially in tribal areas.”

He also said that the 182 vacancies of school teachers would would be advertised in last 10-15 days and subsequently filled.

Parrikar said that the government schools in the state are fairing on par or better than the grant-in-aid institutions (schools). “Out of 77 high schools, 22 got hundred per cent result for SSC exam while 26 were between the 90-99 per cent.

Previous articleSEZ settlement is a fraud on the people: AAP
Next articleTDR will be applicable only in designated areas: CM