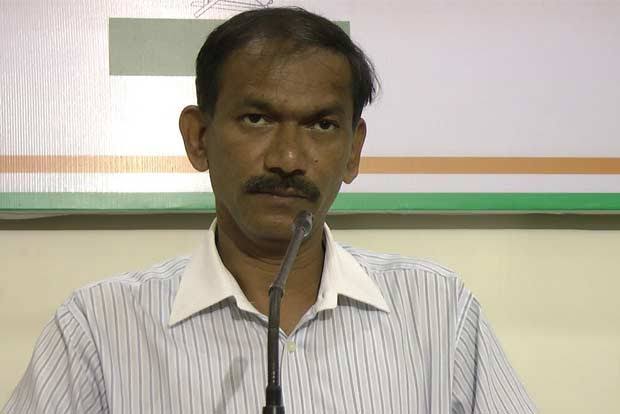 Margao:  Goa government should immediately put a full stop to the confusions in testing of Covid patients and should not play with the lives of the innocents. When there are doubts raised  on the cause of death of two time Congress MLA Jitendra Deshprabhu, now fresh reports are emerging on defects in Covid testing reports of people arriving from other States. This has created fear in the minds of locals stated GPCC President Girish Chodankar.

The Government itself has now made it public that there are defects in various reports of people who were tested for Covid19. The government should clarify how many test are actually conducted in Goa till date with details of the methodology of the test and the final results. There are defects in the numbers of cases reported in the daily bulletin issued by the government issued on Covid.

After Congress Party brought it to the notice of the government that only 0.004% testing of the total population had taken place almost after completion of third phase of the lock down, the government has now increased the rate marginally to 0.72%. Till date Goa has tested 10859 people for Covid19.

The Health Minister had revealed that there are defects in rapid testing kits procured by the government. He should now clarify what is the current status of the kits.

The Health Minister should also clarify on the exact reason of suspension of approval of Covid testing to SLR Laboratories which has branches all over the Country and approval from ICMR. Health Minister Vishwajit Rane should make it clear whether the Mobilo Diagnostics which are providing services at GMC are perfect and if there are no defects in the test conducted by them till date. The Health Minister should also clarify whether any action has been taken against the said company for defects in testing till date.

The government has failed in management of migrant workers who are waiting to leave for their Native homes outside the State of Goa. The video available on Social media has exposed that the migrant workers refused to eat the Stale food supplied to them by the Government. The physical distancing norms are completely violated in all the Shelter homes in Goa. If any of these workers is found Covid positive after reaching his home State, how will government identify and quarantine the people who had come in contact with him. This is risking the lives of many government Officials who are deputed at shelter homes, railway station etc.

There is confusion in time table of trains departing to various States carrying migrant workers. The workers are called at Margao Station when their train is supposed to leave from Thivim or Karmali and vice versa.

We reiterate our demand of Judicial inquiry into the deaths of patients in Isolation ward at GMC during Corona Pandemic and warn CM not to play politics during crisis. Let’s have better system at GMC for the cause of Commonman.

Previous articleCM must ask centre not to restart flights till stranded Goans are brought back: Rohan Khaunte
Next articleGovt taking away right to be home, but not second home: AAP