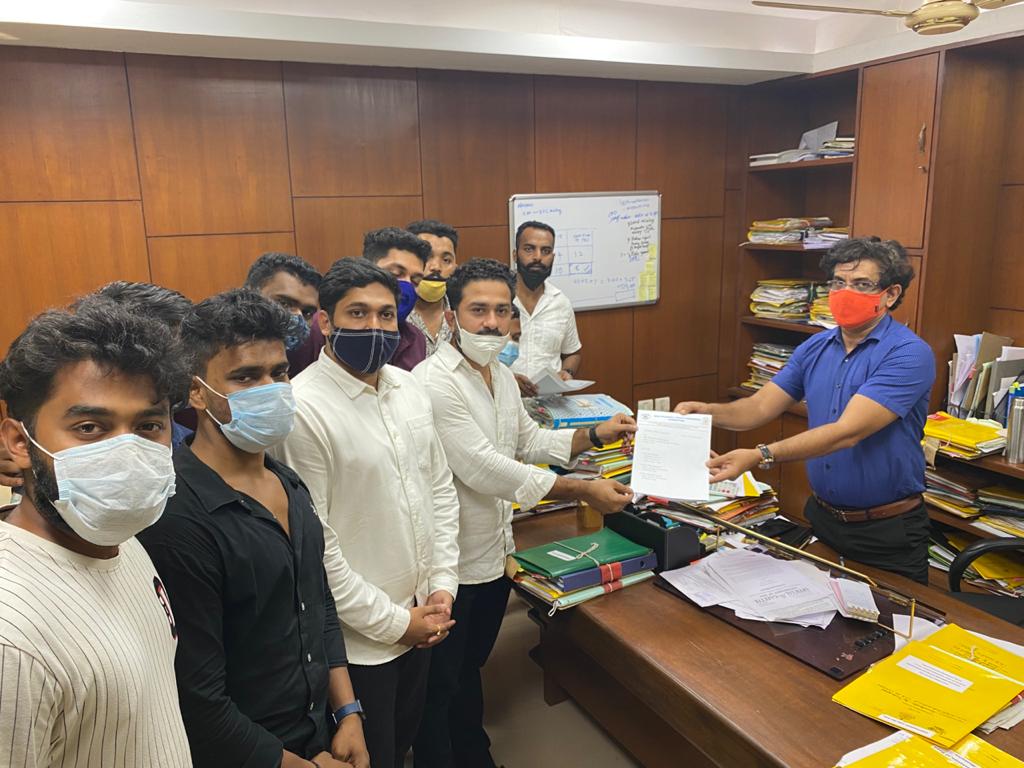 Panaji : Indian Youth Congress (IYC) Goa Unit has written to the Director of Transport opposing the new changes made in the Motor Vehicles act. Varad Mardolkar IYC President opined that the state government has a moral responsibility to provide well-maintained roads to people before implementing the Centrally amended MV Act. he went to question the government that “Has the State Govt. completed its “moral responsibility” to enforce the law now? Has the Govt. repair all potholes ridden roads all over Goa? Has the construction of National Highways,  State Highways are completed? Has all the MDRs & local roads are safe to drive now?”
Mardolakar inferred that since people have already suffered economically the new changes in the act will bring with it additional burden on the people of Goa.
IYC has suggested remedies which the state can adopt and which will  provide relief to citizens from heavy fines”Though the State Govt. can take stand that these provisions are made by the Central Govt., still the Goa Pradesh Youth Congress want to bring to the notice of the State Govt. that even in States ruled by BJP like Gujarat, the local Govt. has reduced the fines by 50-70% to reduce the burden on the people. The State Govt has very right to make necessary amendments in the Act to relieve its people from steep fines,” wrote Mardolakar in the memorandum.
He also said that “State in now totally dependent on Tourism and tourists are hiring two wheelers to travel all over Goa. If new fines will be implemented, it will give ammunition to law enforcing agencies to fine tourists.”
“State like West Bengal has even announced that it will not adopt the new laws as it will be an added burden on its people and the State has already taken measures to reduce traffic violations and improve road safety.  The Govt. of Goa can adopt such stance to relive its people from these steep fines.” he added.
- Advertisement -