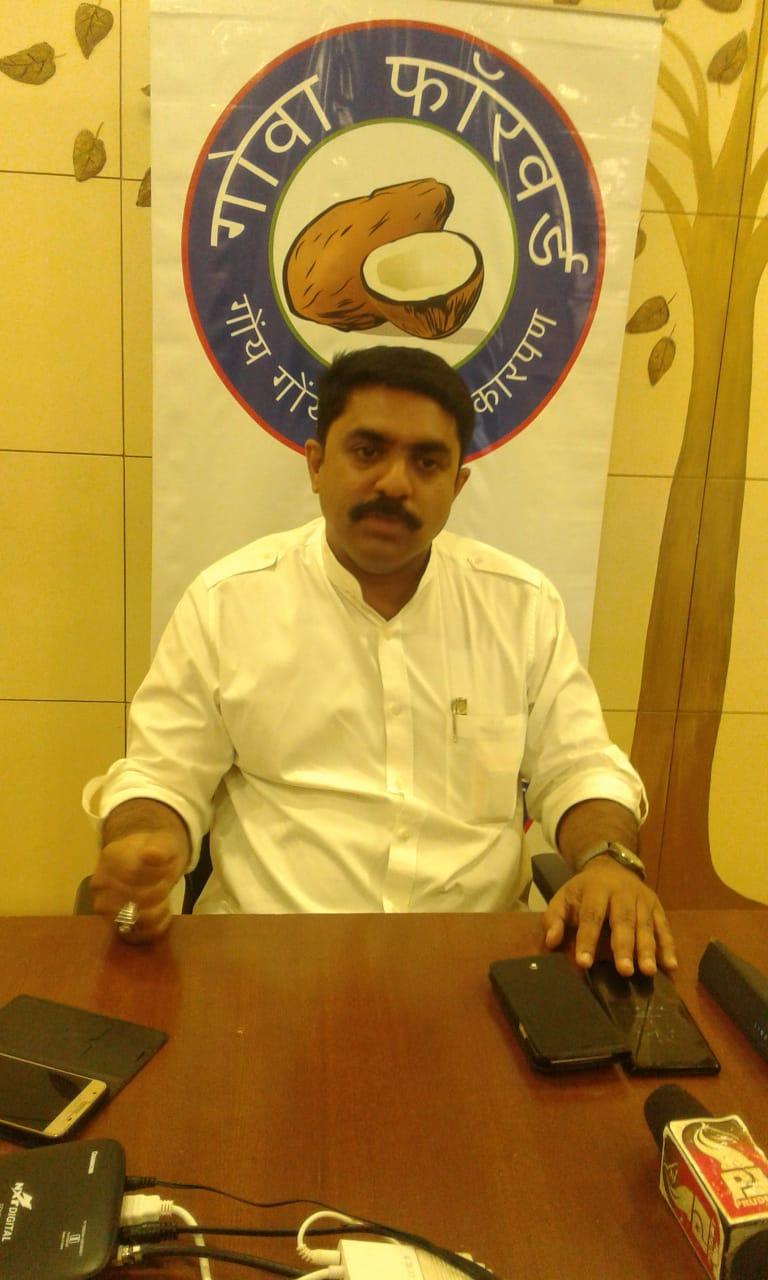 The minister was responding to the statements issued by Goa Suraksha Manch President Subhash Velingkar and MGP Leader Sudin Dhavalikar with regards to Opinion Poll Day.

Velingkar had demanded apology from Sardesai for his statements on Opinion Poll Day.

Sardesai pointed out that his family was closely associated with the Goa Liberation Struggle, and he would never insult any freedom fighter through speech or action.

“My father was high ranking official of Portuguese government. When he went to the USA from Lisbon, his passport was flagged off stating that he was anti national,” Sardesai stated.

“This is because our house was a meeting place for freedom fighters. It was a centre for anti Portuguese activities,” he recalled.

The minister said that flagging off of the passport of his father has been clearly mentioned in the Archives of Portuguese government.

“We need not be given tuition of Nationalism by anyone. I respect freedom fighters and those who were involved in the freedom struggle were part of my family. I don’t want to insult freedom fighters,” he said.

“When Goa was liberated then PM Jawaharlal Nehru had made a statement that country’s independence is complete after liberation of Goa. In a similar way, Goa’s liberation was completed after victory of Opinion Poll.  There are many people in Goa who have this opinion and we need not be apologetic about it,” he said.

Taking on Velingkar, Sardesai said the  people who are criticizing us their rashtrawad (nationalism) is Maharashtrawad.

Sardesai rubbished demand of apology. “I am not going to apologise to anyone. I can apologise to God or those people who have got me elected. This is my firm opinion. If you want to show black flags then we are waiting for you on January 26,” he said.

He further said “we have to understand that Liberation may have made us Indians but Opinion Poll gave us identity. Brand Goa is in demand because we won in the Opinion poll.”

Sardesai said that Opinion Poll should be recognized and respected. “It took so much time for the government to recognize it. we kept on pressure to get recognition for opinion poll,” he said.

“My clear allegation is that their rashtrawad is Maharashtrawad. Even RSS must have identified this. They must have felt that their Rashtrawad is adulterated. That is why, perhaps, they are thrown out of RSS,” he said.