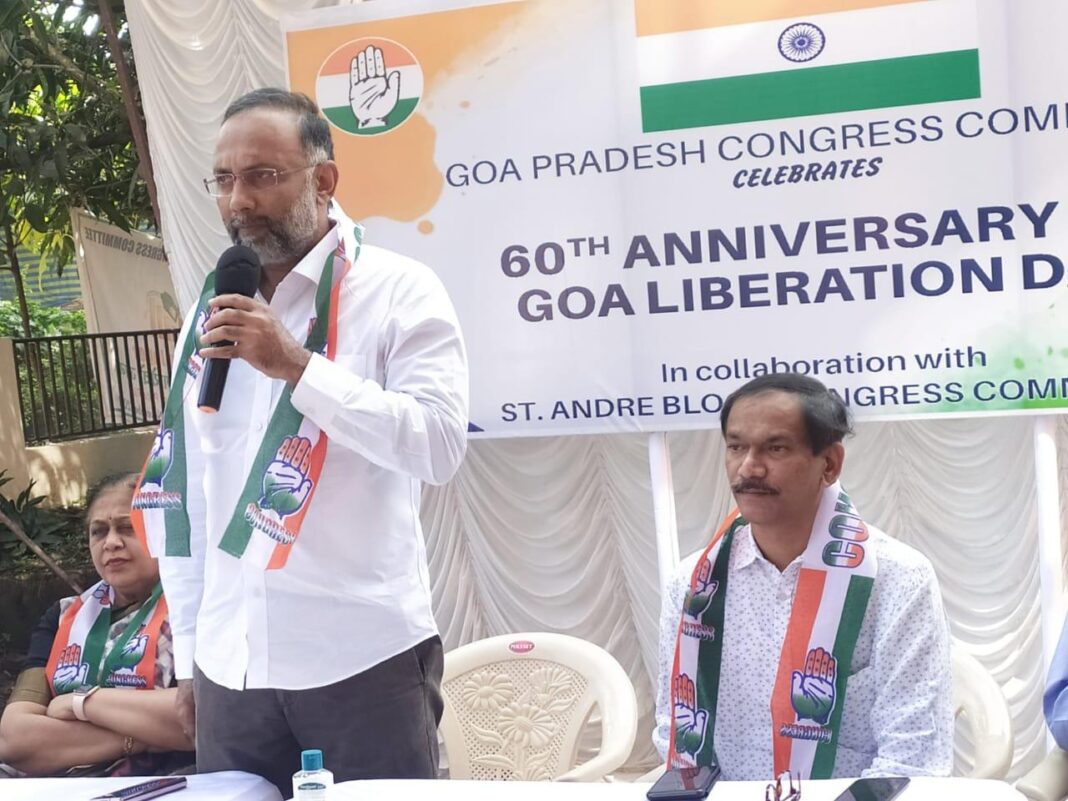 Panaji: The President of Goa Pradesh Congress Commitee Girish Chodankar on Sunday stated that RSS and Jan Sangh supported merger and even after Goa voted against merger, they were pressing government to merge Goa into Maharashtra overturning the mandate of Goans.

He made a scathing attack on the BJP for its acts of omissions and commissions like destruction of environment, murders and rapes.

” BJP and RSS never participated in the liberation struggle of Goa and were mute spectators, then. Now they are trying to derive political gains on events, where they dont have single per cent contribution” Chodankar questioned.

A.I.C.C In-Charge, Goa Desk, Shri Dinesh Gundu Rao made a frantic appeal to the people to liberate Goa from BJP corruption and misgovernance while exercising their franchise during the ensuing assembly elections.

“Goa has a unique place in the history of India. It is only Congress Party which can equip the people to face the future challenges. Congress Party has always paid special attention to the aspirations of the Goans. Congress Party, being a democratic Party, has never imposed its views on others like the B.J.P.” Rao said.

The office of Overseas Congress was inaugurated at the hands of Shri Dinesh Gundu Raoji. At the outset Block President Shri Manoj Palkar welcomed the gathering while Mrs Palajeria Raposo proposed a vote of thanks.