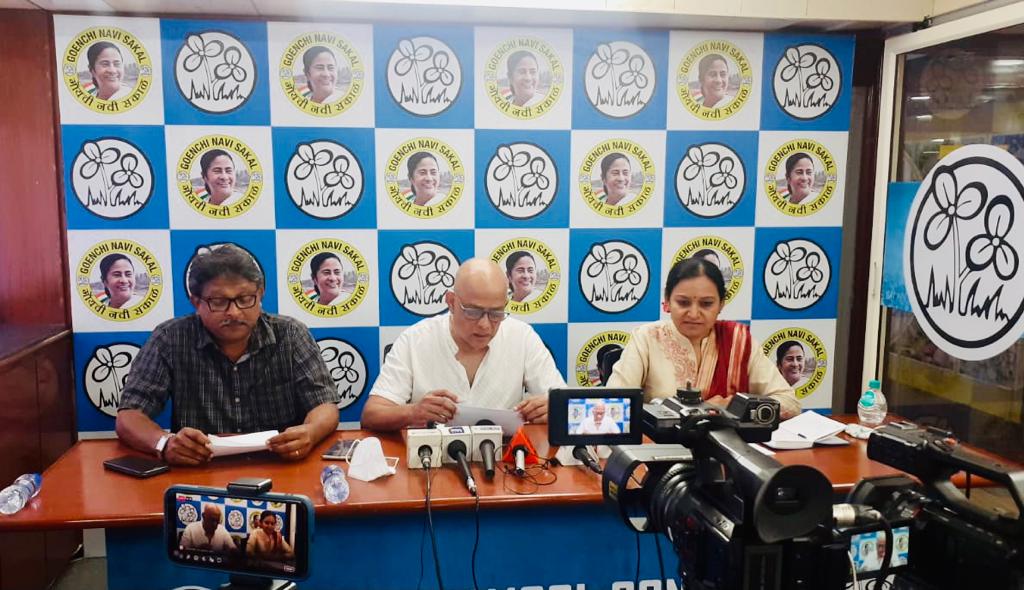 Launching a sharp attack on the BJP-Congress nexus in the state, Goa TMC leaders Shri Armando Gonsalves, Smt Pratibha Borkar and Shri Arthuro D’souza today said that the people of Goa were fed up of corrupt leaders and would outrightly reject this ‘Congress Janata Party.’

Recalling how Congress MLAs jumped ship and joined the BJP back in 2017 despite the people’s mandate in their favour, Shri Armando Gonsalves stated that the Congress and the BJP leaders are hand-in-glove and therefore cannot be trusted. ‘The situation today is such that if you see the BJP leaders in Goa, most of them are from Congress, where there is absolutely no alignment of political ideals.’

Reacting on the recent announcement of the Congress-GFP pre-poll alliance, he said, ‘This alliance is one of jumping-monkeys.’ He warned Goans to be wary of this ‘unholy alliance’ that is bound to betray the people of Goa once again. Speaking on Independent MLA Rohan Khaunte’s jump to the BJP, Shri Armando said, ‘All along Rohan Khaunte kept slamming Chief Minister Pramod Sawant for his misgovernance, he kept calling him ‘Pappu’ and today, he went ahead and joined ‘Pappu’s party’? This is outright doublespeak and unbecoming of a sincere politician.’

Taking a jibe at the Congress, Smt Pratibha Borkar asked, ‘What is the point of such a leadership when 10 of your MLAs leave the party in the blink of an eye? If the Congress claims to be a democratic party, it must answer questions arising from within its party. With the Congress’ indecisiveness and lack of leadership on one hand, the BJP’s misrule on the other, the only credible party that is serious about the welfare of the people of Goa is Goa TMC.’

Further slamming this ‘Congress Janata Party’, Shri Armando Gonsalves said, ‘Unlike the Congress, there is one person who has the determination, seriousness and courage to take on Narendra Modi and that is Mamata Banerjee. It is her conviction which is my driving force.’