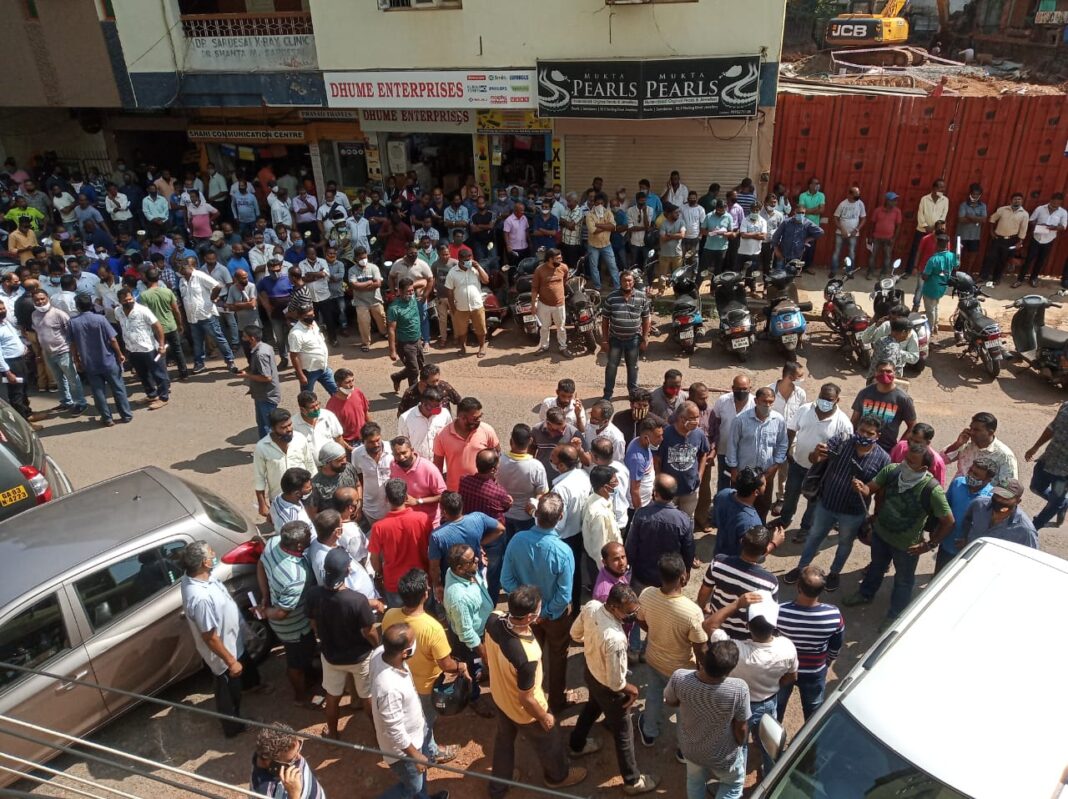 Panaji : Hundreds of Taxi Operators gathered today outside Junta House in Panaji demanding that ‘Goa Miles’ an app based taxi be scrapped.

Taxi Operators had come to meet the Director of transport. As the traffic stalled due to mass gathering, police asked Bappa Korgaokar Taxi Operators’ leader to form a delegation of 16 members and clear the roads so that the obstruction of traffic can be removed.

The situation inside Junta House quickly turned tense as the Taxi Operators realised that the Director of Transport was unavailable. They argued with Goa Police that if the meeting with the director was not possible they are ready to sit outside his office till he is made available.

Commenting on the GoaMiles against Taxi operators issue Bappa Korgaokar said ” Minister Mauvin Godinho assured to meet us and resolve the issue within 15 days but now one month has passed neither CM nor Godinho has taken any cognizance of this issue it appears that the”. The Taxi Operators have decided to keep ringing the bell of Director of Transport’s office till he sets up a meeting with them.