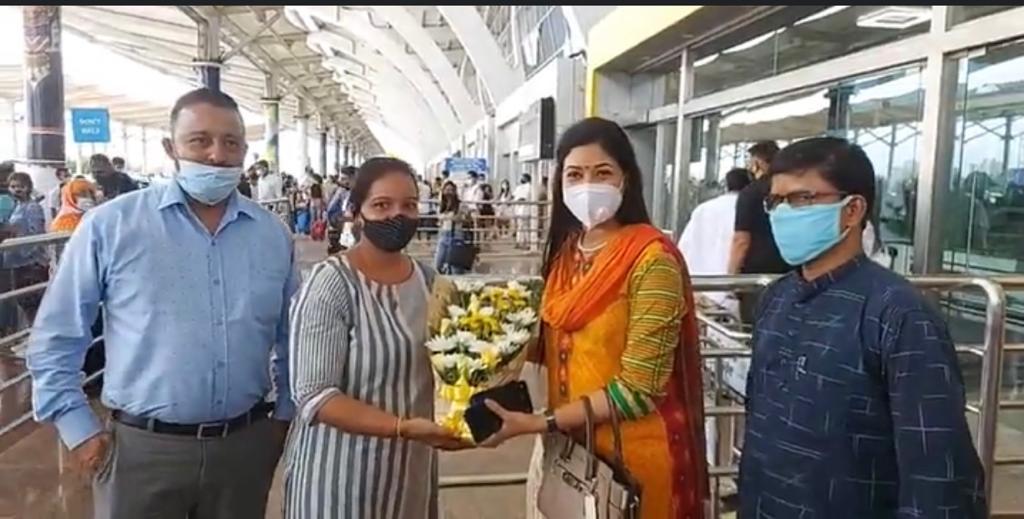 Senior national leader of the Indian National Congress ,Alka Lamba on Thursday hit out at AAP stating that Goa was not an experimental lab for outsiders while urging Goans not to Invite outsiders and let the true Goan local leaders govern Goa.

Lamba said that while Goans were being fooled by offering freebies, the fact remained that Delhi governance was a failed model and that Delhi had been suffering since the last few years including several deaths caused by shortage of oxygen.
Lamba further expressed shock over Kejriwals statements over the demolition of a church in Delhi
” How can he being the Chief Minister of Delhi not be aware ,when three of AAP MLAs are a part of the committee that took the Decision of the demolition. Kejriwal should have taken steps to save the church from being demolished. Delhi has even witnessed riots that left many people dead and Kejriwal could do not do anything about it ” said Lamba
Lamba reiterated the stand that AAP was a B team of the BJP and alleged that Kejriwal had ignored all priorities of Delhi and had been touring different states on BJP Funds
Lamba said that she had given up on AAP after she had realized that AAP was a B team of BJP . Lamba said that AAP was only trying to create a vibe by spending huge money on advertisements , buy the fact was that AAP was only wanting to divide the votes of the Congress to falicitate the victory of BJP . Lamba lashing out at Kejriwal said that no Chief Minister of any state in India was engaged in tours of other states while leaving the state half way in the peak of pandemic.