“Goa Forward will win Mayem with a thumping margin” – Kandolkar 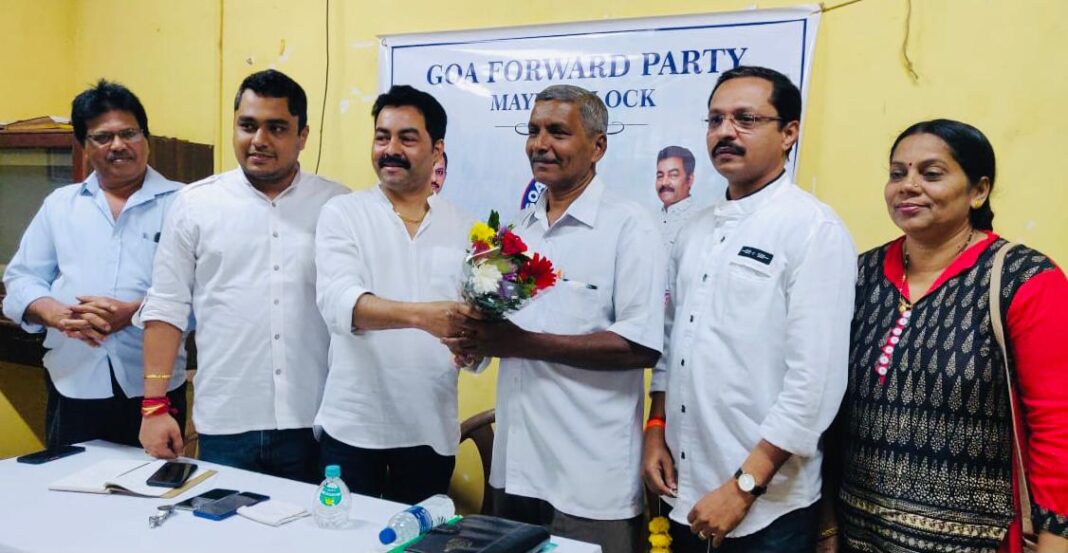 Commenting on panch members from the Pilgao panchayat joining the BJP, Working President Kiran Kandolkar said “we should not get upset over small developments. What you will be seeing is that many BJP leaders from across the state will soon be joining Goa Forward Party in coming days.” Kandolkar said “I am sure the way you all have made your presence here today, we will win the Mayem seat with thumping majority.”

The GFP Working President stated that the “BJP wants to destroy Goa and the Tamnar Transmission project will destroy Mayem, Aldona and the Tivim constituency.” He called on the people saying “it’s time that we need to protect our Goa for future generations, the Chief Minister has become a puppet at the hands of BJP leaders in Delhi. He will do what they want and not what Goans want.” said Kiran.

Kandolkar said “that people from the villages Mayem consistency rely heavily on farming activities and if these lines are passed through these areas, we will not only destroy the fields but also the livelihood of our farmers.” Further Kiran highlighted “when we saw the plan, we were shocked that villages in Mayem will be affected with the power supply lines passing through.”

Speaking at the block meeting, GFP Vice President Durgadas Kamat said that “now is the time to unite and give a thorough fight to this BJP government which is all set to destroy Goa and Goemkars.” He said in the month of April, the GFP President Vijai Sardesai would be touring the Mayem constituency and will be holding a meeting with all workers said Durgadas

Speaking on alliance with the opposition, Kamat said that Goa Forward President Vijai Sardesai is working hard and nonstop to build a united Team Goa to take on Team BJP. Kamat further said that , “let’s focus on the ground to strengthen the hands of our President, so that the people enjoy their rightful freedom and aspirations.”

Santosh Sawant, the GFP joint Secretary proposed the name of Anand Parsekar, a senior GFP worker for the post of Mayem block president, who was subsequently unanimously elected in the meeting.