Goa Forward to spread its footprints across the State 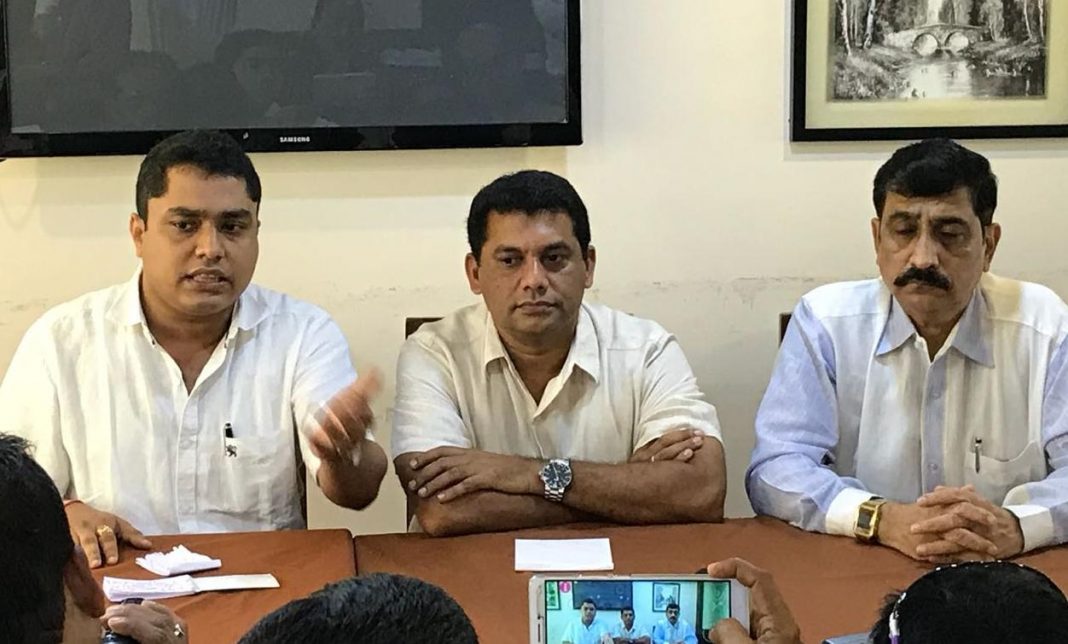 Ponda: Goa Forward Party has decided to expand its presence across the State owing to the demand from the people from various constituencies. This was announced today in a press conference held at Ponda.

He said that Congress party has become tea party of activists.

“These loud speakers who speak should learn politics from seniors leaders like Senior Rane and Ravi Naik,” he said.

He alleged that the  Congress Party has been outsourced to activists.

“Our leader Vijai Sardesai has exposed Congress leaders with facts and figures on the floor of the house during TCP demands says Goa Forward,” he added.

Party Vice President Akbar Mulla said that he will from Shiroda if party wants me to contest. “Whom to give the ticket would be decided by the political affairs committee of the party will decide about it. We are the loyal soldiers of Goa Forward and committed to Goem Goemkar Goemkarponn,” he added.

“Goa Forward Taluka Office in Ponda will be a Seva Kendra for the Citizens of Antruz Mahal.  We won’t differentiate amongst the workers of any political party. Those who approach us with their work it will be done,”  Ponda leader Rajesh Verenkar said.