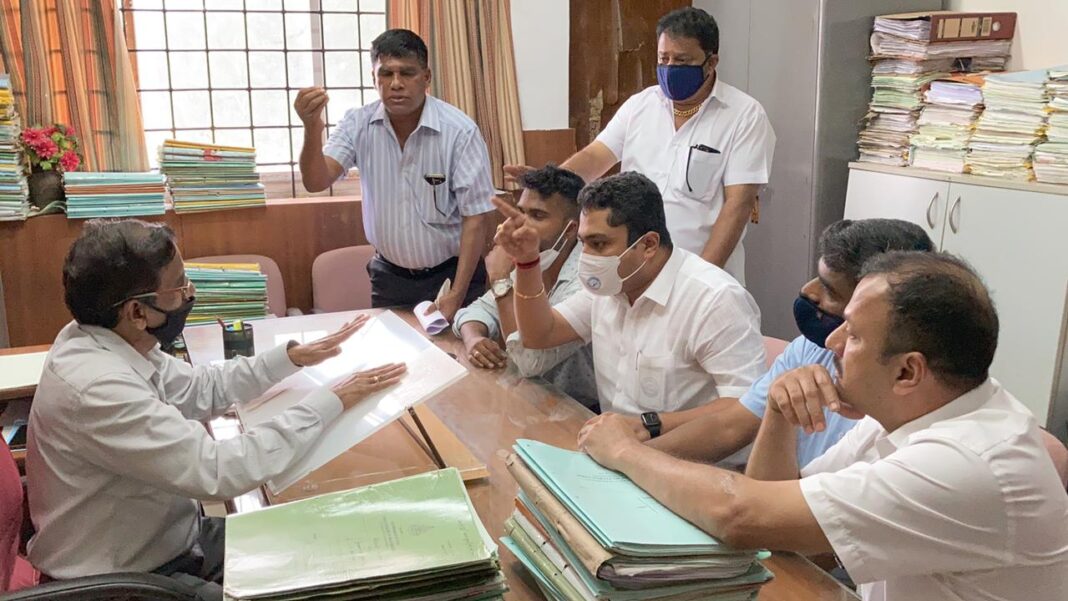 Panaji : Goa Forward Party (GFP) leader from St. Andre Jagdish Bhobe has alleged foul play in Siridao-Pale Panchayat. He stated that the whole meeting procedure which was held on 30 July 2021 in which a no confidence motion was passed against Jagdish Gaus the Sarpanch of the village was suspended.
The GFP leaders met Addl Director of Panchayat Umakant Karkonkar. A heated argument took place between GFP leaders and the director. Rama Kankonkar and Ramrao Wagh were also present for the meeting.
GFP alleged that Francis Silveira who supports the Siridao Pale  Sarpanch is the person responsible for the foul play.
Bhobe while addressing the media said “Manohar Parrikar in 2012 said Francis Silveira will never get a BJP ticket due to his involvement in goonda giri, sadly the current BJP government has supported him.”
Bhobe alleged that “Police who were present at the Siridao Pale Panchayat to investigate robbery didn’t carry out any investigation and  everything was done just to stop the no confidence motion from happening”
GFP has threatened to knock the doors of court if the issue is not resolved.
- Advertisement -