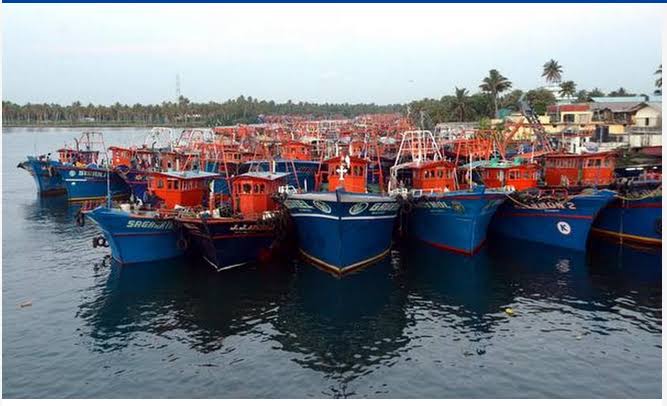 Panaji: National Fishworkers Forum (NFF) Vice Chairperson Olencio Simoes along with 12 associations have submitted memorandum to North and South Collector demanding postponement of public hearing which is supposed to be scheduled on 7th March 2021 over GCZMA.

Olencio stated that The fishermen association have demanded that The public hearing be conducted at multiple locations, at taluka levels, on different dates, so that maximum fishermen communities representatives can attend and submit their objections so that justice is met to each and every individual.

He stated that The Ministry of Health and family welfare has issued Health Advisory dated 29/03/2020 for Elderly Population of India during COVID19 and clearly states to stay home/not to attend large gathering and the fishing community comprises of 70% who are above the age of 60 and therefore been as senior citizens  and to travel from Arambol,Pernem to Taleigao Community hall and from Talopna,Canacona to Ravindra Bhavan,Margao for public hearing with no proper public transportation is practically impossible specially when Goa has the highest number of death rate per million and highest covid cases per million in India,which is infact 4 times the national figure.

He said that they were shocked to notice that  the Goa Coastal Zone Management Authority on contrary  have are marked or demarcated non related items like Port limits and Aquaculture which is in contravention of the CRZ notification, it looks like the GCZMA has an hidden agenda and are in connivance with the Mormugao Port Trust’s Sagarmala plan and is all out to destroy the fishing community as they have  been  issuing demolition notices to the fishing community rather protecting them which is clearly  mentioned in the CRZ notification 2011.

GRE wants to draw to the attention of the GCZMA and the government that The CRZ Notification 2011 was passed with an intent to ensure livelihood security to the fisher communities and other local communities, living in the coastal areas and to conserve and protect coastal stretches, which very clearly is mention in the preamble of the CRZ notification 2011 and therefore the draft CZMP is of utmost important to the fishing community and  in protection of the Coastal ecology and have therefore demanded postponement of public hearing.