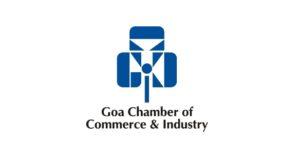 Panaji: Goa Chamber of Commerce and Industry (GCCI) on Friday welcomed the Union Budget claiming that it would help in creating employment avenues in the country.

Reacting to the budget presented by Union Finance Minister Nirmala Seetharaman, GCCI President Manoj Caculo said that the amount of  money which is earmarked for creation of infrastructure, Rs 100 lakh crore in five years, I think that shows the way.

“It is going to create jobs in the country and will drive the economy of the country, which is a very positive sign,” he added.

GCCI had kept special screening of the Budget in its premises for the members on Friday morning.

Caculo said that government and private sector is going to benefit with the introduction of PPP model in Indian Railways, which will turn into world class facility.

He said that the entire focus shows that government is serious about promoting e-vehicles.

Referring to Goa specific benefits, Caculo said that increase in customs duty on imported cashew kernels would boost the cashew manufacturing industry in the State.

“Increase in customs duty on cashew kernels will help Goan cashew growers. There will be fewer cashew kernels coming from outside India and it will come at a higher price giving a boost to the cashew industry in the state,” he said.