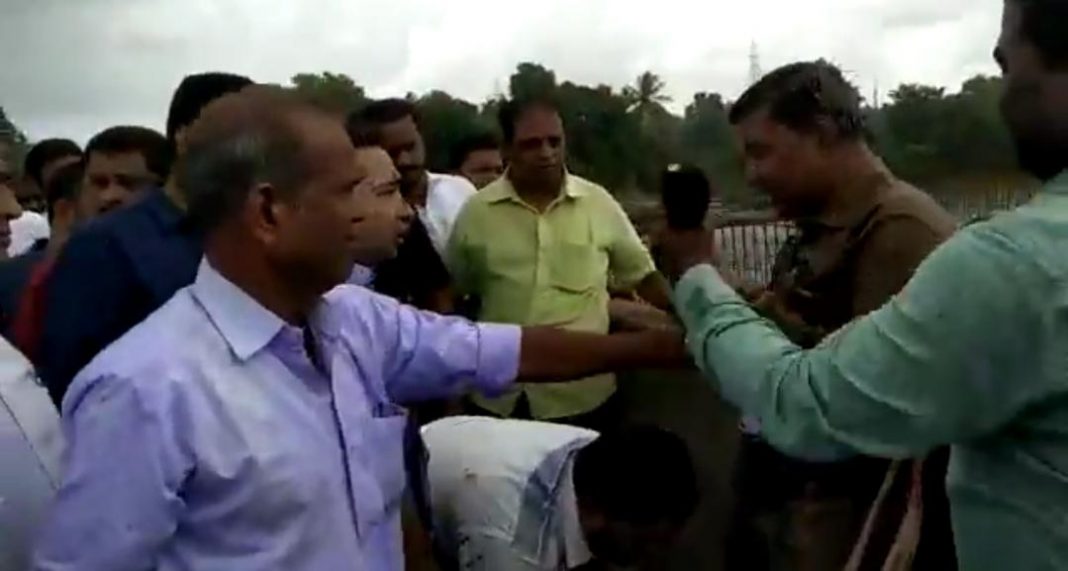 Congress MLA Nitesh Narayan Rane and his supporters on Friday were sent to police custody till July 9, a day after they were arrested for pouring mud on an engineer for not getting potholes filled up on Mumbai-Goa highway.

Earlier on Thursday, Rane had surrendered before police in Kankavali station in Sindhudurg district. He along with two of his supporters were arrested.

They were arrested for allegedly throwing mud on Prakash Shedekar, an engineer, for not getting potholes on a stretch of the road on Mumbai-Goa highway filled up.

An FIR was registered against Rane and at least 40 of his supporters under several provision of the Indian Penal Code.

“Nitesh Rane and two of his supporters have been arrested and search for other accused is on. They will be produced in court tomorrow,” Sindhudurg SP Dikshit Gedam said.

Rane was touring with the engineer on Mumbai-Goa highway. He found several potholes on the highway near Kanakavali here. The legislator and his supporters lost cool over the unfilled potholes. The angry MLA poured mud on the engineer and tied him with a rope on Gadnadi bridge.