Former MP Sawaikar goofs up on Vivekananda quote, deletes it, admits the oversight 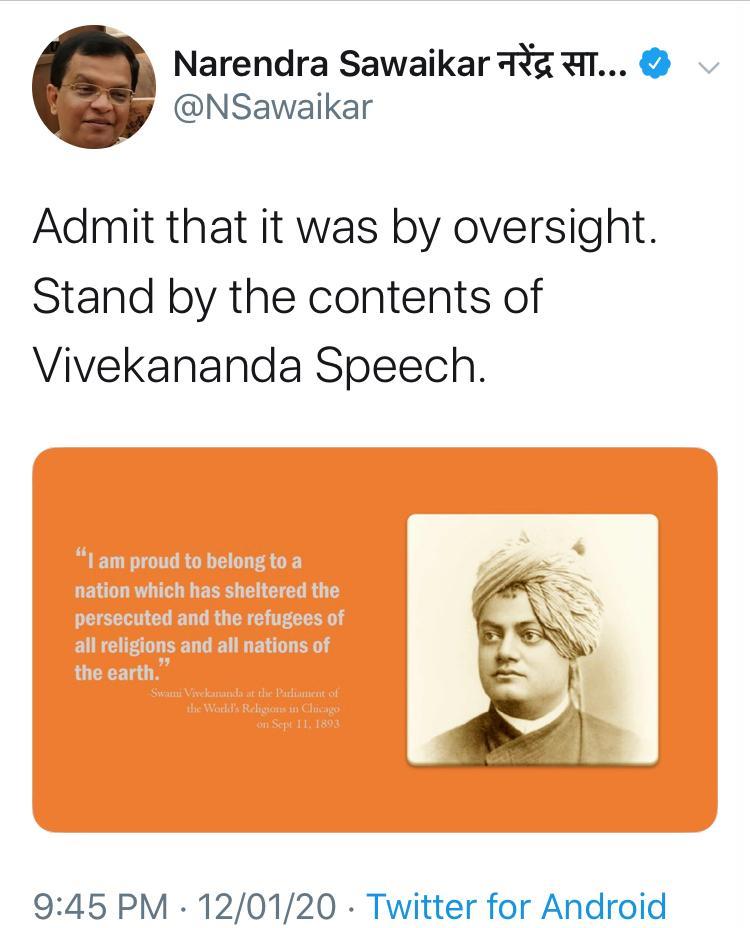 Panaji: A senior Goa BJP functionary on Sunday tweeted Swami Vivekananda’s quote with anti-CAA hashtags, only to delete it in few minute admitting it as an “oversight”.

Sawaikar quoted Vivekananda’s 1893 speech in which he had said “I am proud to belong to a nation which has sheltered the persecuted and the refugee of all religions and all nations of the earth.”

When tweet went viral, Sawaikar recognized the goof up only to delete it and admit in another tweet “Admit that it was by oversight. Stand by the contents of Vivekananda Speech.”