Panaji: First batch of Goans who were working on ships abroad arrived in Goa from Italy on Wednesday morning with a chartered flight carrying 168 on them. 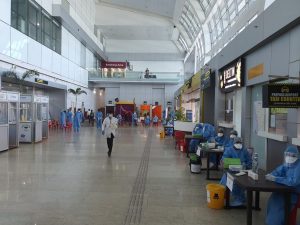 Union Ministry of Home Affairs (MHA) has given approval for total 414 Goans working on M/s Costa Cruise Company who were stranded off shore and brought to the port in Italy. 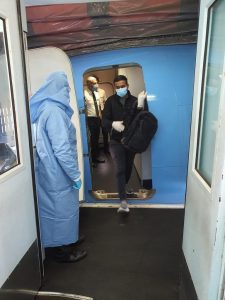 Seamen Association of Goa’s Founder President Dixon Vaz said that all the 168 people from the flight would be quarantined for 14 days before allowing them to go home. 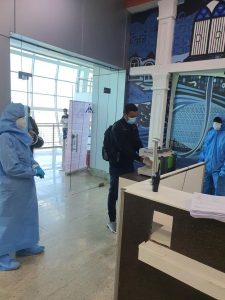 Vaz said that two more flights will arrive during the day, bringing in 414 Goans, all of whom were working with M/s Costa Cruise Company.

A senior health department official said that the teams have taken the swab samples from the passengers, which will be sent for testing.

“If anyone of them is found to be COVID-19 positive, then they will be admitted to ESI hospital,” he said.

Previous articleIndian Coast Guard officer, a girl amongst fresh cases of COVID-19 infection in Goa
Next articleCOVID hospital bed capacity increased to 170, back up of 30 more beds