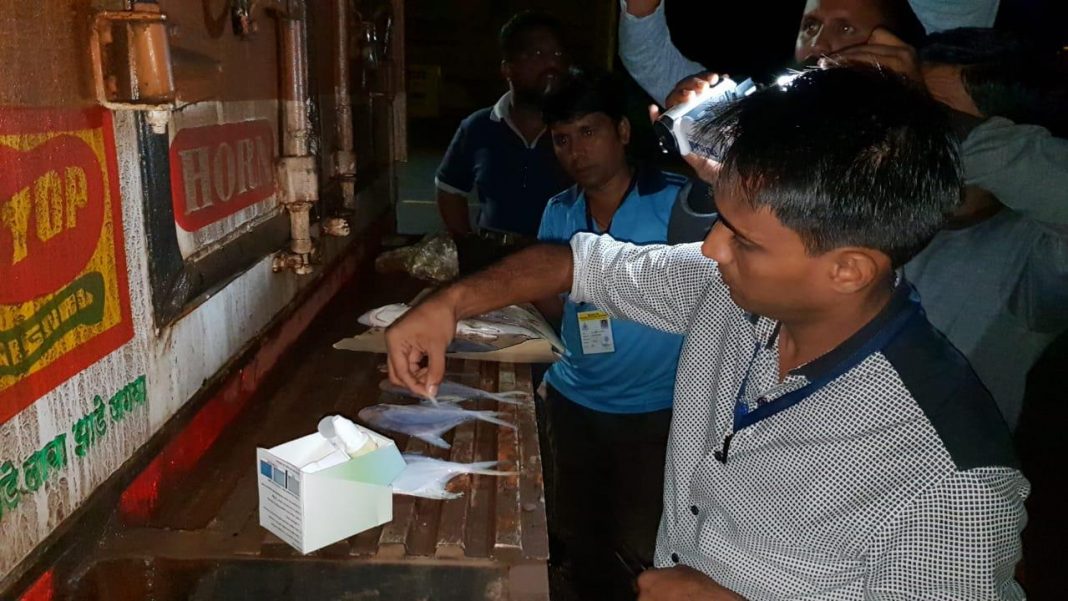 Patradevi: The team of FDA officials and police began stringent checks on all the incoming vehicles at Patradevi and Polem check posts to ensure that formalin laced fish does not enter the State.

The teams have been formed by State government after it lifted a fortnight long ban on import of the fish from neighbouring state following formalin scare.

Till 1.30 midnight, more than ten vehicles were checked at Polem border while there was only one vehicle  of fish that had entered from Patradevi.

The vehicles, which were checked were carrying milk, or were entering the State to take back fish catch from Goa to the neighbouring state.

The checks will continue throughout the night.