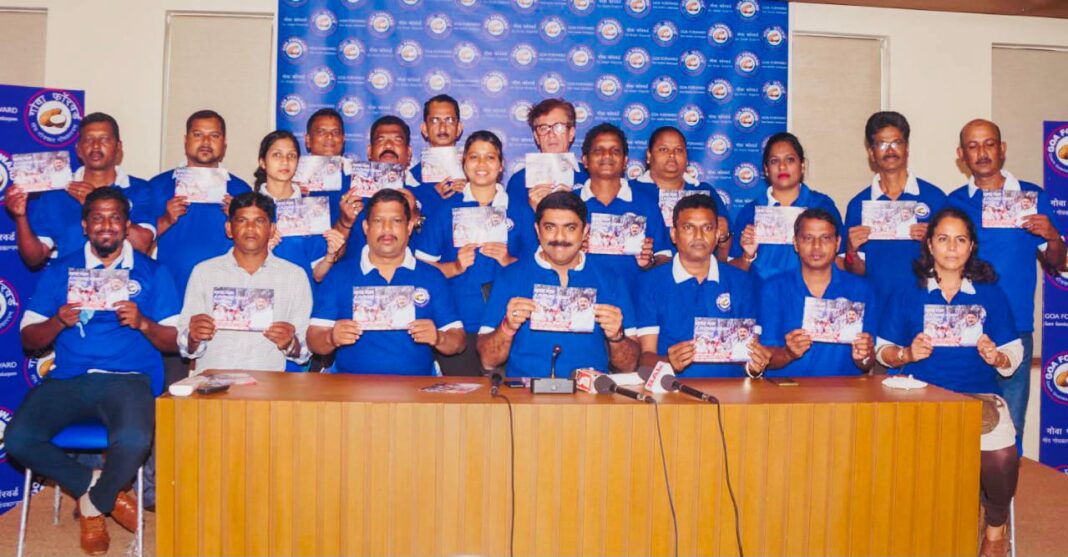 Fatorda: Goa Forward Party President Vijai Sardesai unveiled the Fatorda Forward manifesto for the upcoming Margao Municipal Polls. Sardesai, in the presence of the 13 candidates of the Panel—for Wards 1 to 11, and 23 and 25–said, “this manifesto highlights the promise of a Future-Ready Fatorda; one that represents a modern, multicultural Goa, and projects the quality of life we want Team Goa to bring to all Goemkars.”

Vijai stated that the Fatorda Forward vision and mission is to always put Fatorda first and to work towards developing its infrastructure and elevating its citizen services to international standards. Sardesai pointed out the achievements Fatorda Forward has already brought to Fatorda, and reiterated its “commitment to concentrate on fast forward development for a Future-Ready Fatorda.”

Vijai Sardesai added that the Fatorda Forward manifesto seeks to usher in people-centric development, executed with their consent after free and transparent consultations. He said that the Panel will ceaselessly work towards helping to curb the spread of COVID-19, extending selfless support to all residents in need. Highlights from the manifesto included a state-of-the-art Town Hall which will lend its services at discounted rates to the residents, the futuristic Fatorda-Margao Bus Terminus, smart infrastructure, including road cleaning machines, cycling tracks, dedicated footpaths and regulated parking spots.

Mentioning safety and security as key elements of the manifesto, Sardesai said that a new Fatorda Police complex with a reserve police battalion will be established soon in Fatorda. Also, inkeeping with the people’s need for enhanced security, a smart Fatorda Security Network System which interlinks  series of CCTV cameras and sensors on all major junctions will  be deployed on priority.

Vijai stated that Fatorda is set to be the first ‘future-ready’ constituency in Goa and would implement e-governance facilities for its residents in MMC, introduce community farming parks to increase the year round greenery of the constituency, and support local entrepreneurs with the expansion of the food truck park and exploring other avenues of business.

Sardesai emphasised that the Fatorda Forward panel is always committed to improving the quality of life for all its residents, and said that increased efforts to manage stray dogs better, addition of new garbage stations, and exerting pressure on the state government to resolve the Sonsoddo issue will be its top priorities. Sardesai pointed out that neither he nor the people have been kept in the loop in the tender process for Sonsoddo, and hit out saying “the government is playing politics on garbage despite MMC giving GSWMC ₹42 crores to solve the issue. We have followed all the guidelines of the State Waste Management Authority, but the Chief Minister seems to have no interest.”

Commenting on the rising cases of COVID-19, Sardesai said “Goa has its single highest positivity count of 28% in the country since COVID-19 struck the state, and our health infrastructure is crumbling.” Vijai said “the government needs to wake up. The CBSE has postponed offline exams, and Goan students also need immediate relief.”

Sardesai was one of the few politicians in Goa demanding offline exams be postponed until the cases in Goa decrease. He said that he supports the nationwide call to lower the vaccine age to below 35 as most cases recorded in the Second Wave of the virus are amongst younger members of the population. He emphasised that due to the rising number of cases in the state the Fatorda Forward panel candidates would not open individual offices of their candidates to prevent congregations.

Vijai Sardesai wished all the candidates a safe and healthy election and urged all Goans to remain vigilant and safe, and to observe all social distancing practices and vote for development and pave the way for unity of all forces intending to oust the communal and corrupt BJP from the state