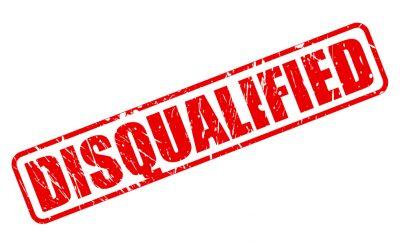 The petition is filed by Rakhi Prabhudesai Naik, a local resident and a social activist, has claimed that Desai submitted false information about his residence in the affidavit filed before the Commission.

“I would like to request you to treat this petition as a complaint against  Netravali Panchayat Deputy Sarpanch and Panch member Abhijit Desai for violating section 117 the Electoral Act, 2010 for giving false information in any application for registration as a voter,” the petition mentions.

She has claimed that Desai has sworn in false affidavit before the State Election Commission giving wrong information about his residential address.

Naik has stated that Desai is not a residence of the ward where he has contested election by providing false affidavit.

“As per the affidavit sworn by Netravali Panchayat’s Deputy Sarpanch Abhijit Desai before State Election Commission he is the resident of H. No. 17/1, Nundem, Neturlim, Sanguem, Goa,” she said.

Naik had  brought this illegality to the notice of the Panchayat and Election Commission official at Quepem Collectorate, the Block Level Officer was asked to prepare a report.

“I would like to submit that after I raised the issue, Netravali Panchayat’s Deputy Sarpanch Abhijit Desai filled form number 8 on 28-11-2017 informing about his chance of address from H. No 17/1, Nundem, Neturlim, Sanguem to H. No 53/3, Nundem, Sanguem Goa,” she said.

Naik has submitted that Desai attached a copy of the Ration Card to support his claim of change of address.

“I would like to submit that the new address which was provided has one Gun Purso Gaonkar as the owner. The said owner submitted that Netravali Panchayat’s Deputy Sarpanch Abhijit Desai has been staying at their place for 20 years,” she added.

Naik has submitted  that Sub Divisional Police Office at Quepem has certified that there is no tenant verification form filled by Gun Purso Gaonkar. The information about Tenant Verification form was procured through Right to Information on 05-01-2018.

“ I would like to submit that Netravali Panchayat’s Deputy Sarpanch Abhijit Desai is not staying at the house of Gun Purso Gaonkar and has been often misrepresenting the fact to avoid the disqualification under relevant section of the State Election Commission’s rules,” she added.