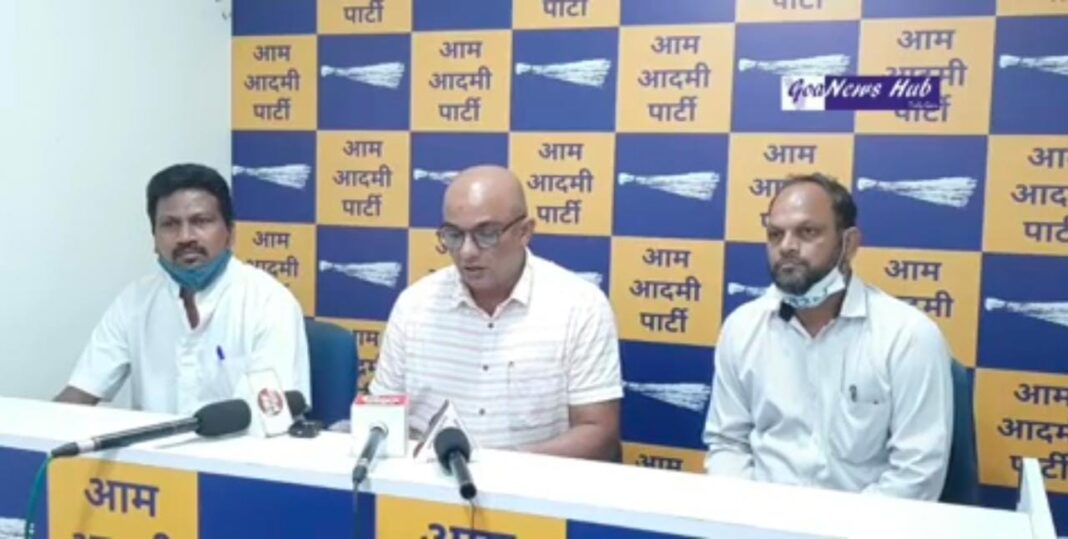 Aam Aadmi Party today condemned Damu Naik for his dismissive tone to the party and it’s National Convenor Arvind Kejriwal. It must be noted that the entire BJP is shaken by AAP Goa’s promise of providing free 300 units electricity to every Goan & has been left with no place to hide! This frustration is visible as the BJP faces an angry electorate for whom it has done nothing.

It is funny that leaders who have not achieved anything like to comment on those who have actually achieved their promises. The Aam Aadmi Party has achieved it’s poll promises in Delhi and are confident that Goa too will see the Kejriwal model and recieve free uninterrupted electricity. This is more than can be said for the BJP who has failed on all counts to help Goans.

When the BJP came to power Goa’s Debt was 6600 cr which has now touched 20,000cr. Mr Naik talks about the schemes of his govt but the fact of the matter is the women of Goa have not received anything from this scheme despite standing in the line in the middle of the pandemic. While AAP is providing free world class education to children, the BJP is not even able to maintain existing schools. AAP is the only party to set up a Sports University, which the BJP has been unable to do in Goa.

“The BJP’s politics has nothing to do with the common Goan or on the basis of work,” said AAP leader Sandesh Telekar Dessai. “If the BJP dares let them announce free 24/7 electricity for Goans. If they can’t they should resign. AAP has achieved all of its poll promises, can the BJP say the same?” added Sandesh Telekar Dessai