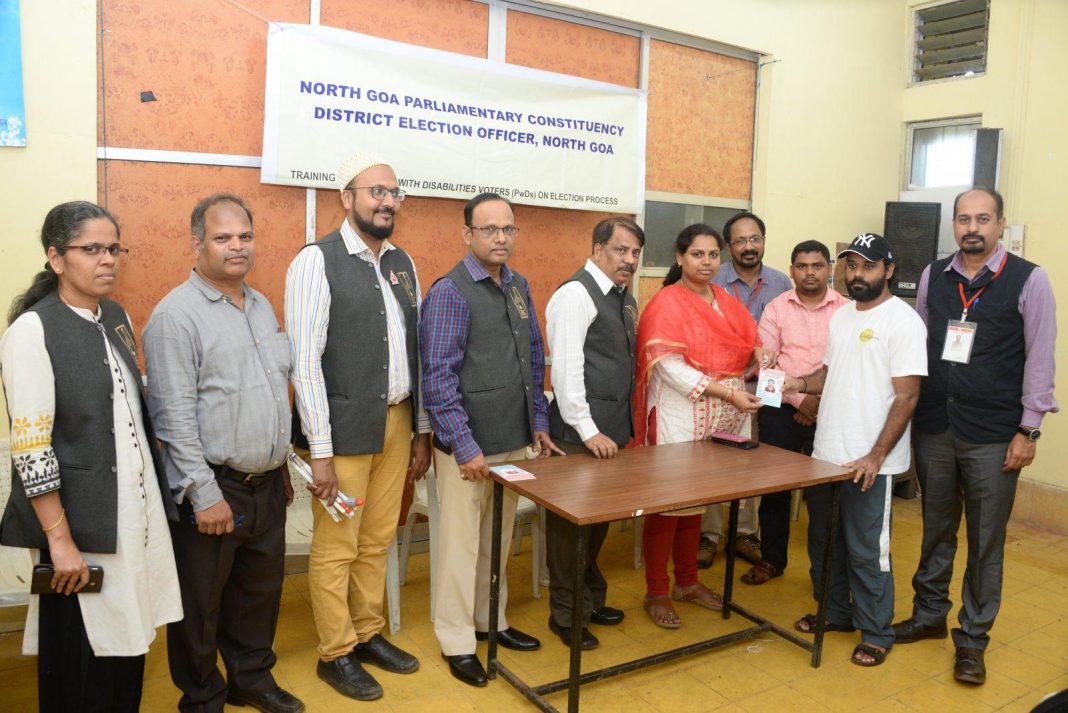 EPIC Card in brail is an initiative of Office of the Chief Electoral Office, Altinho and District Election Officer (North Goa District).

Speaking on the occasion the Collector said that as part of the several measures initiated by Election Commission of India to ensure large participation of eligible voters to exercise their franchise in the ensuing Parliamentary and Bye- Election to Assembly Constituencies in the State, various facilities are being provided to the persons with disabilities. She said distribution of embossed EPIC Cards in brail is a decisive step in that direction which will help the visually impaired voters to cast their votes in the election.

Nodal Officer for Visually Impaired Voters and Director of Information and Publicity, Shri. Narayan Gad, said that the facility provided to the visually impaired voters in the form of EPIC Cards in brail are embossed and are being distributed to the voters.  He said, the Election Commission of India has introduced a concept called “ Accessible Election” which means all section of the voters should participate in the election process.