CZMP hearing is another haste attempt to sell Goa by Sawant: Rahul Mhambre 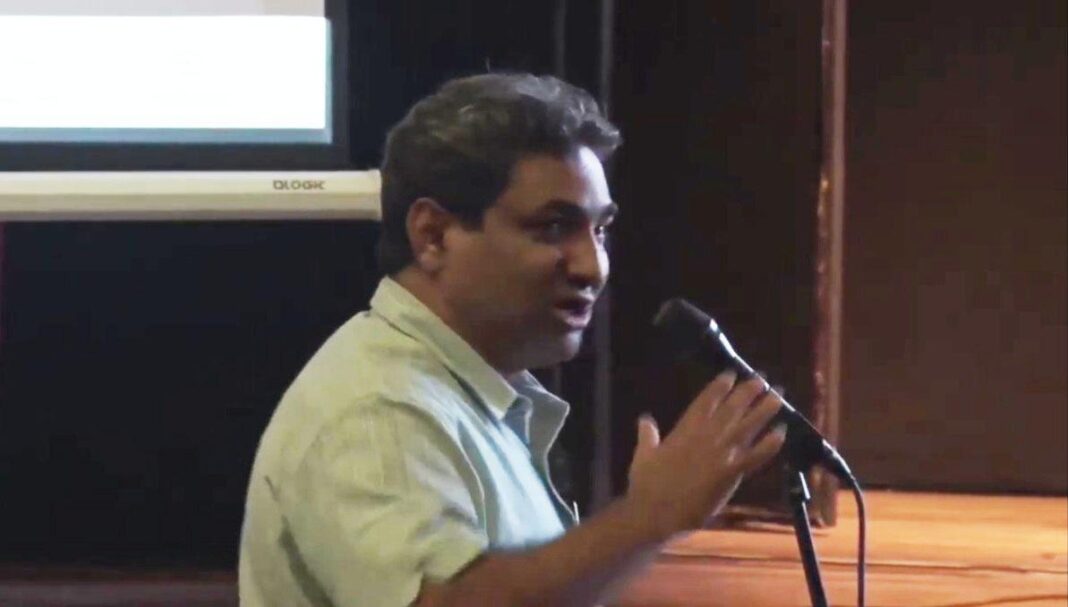 Aam Aadmi Party termed the farcical public hearing on the Coastal Zone Management Plans as nothing but illegal as the same were conducted without following the proper procedure according to AAP Goa Convener Rahul Mhambre.
He pointed out that “public hearing” means giving people a right to speak and be heard but lamented that at the hearings conducted on Sunday people registered to speak including some elderly people were not even allowed inside the meeting hall and were kept outside in the scorching sun.
“This was nothing but a drama staged by the government just to meet the constitutional requirement of having held a public hearing without actually hearing the public and Goans will not tolerate this blatant violation of their fundamental right,” he said.
Rahul Mhambre while speaking at the public hearing said that the CZMPs be sent to the village panchayats where the people will study them and give their comments which have to be accepted by the government unlike the last time when the plans were sent to the villages but not a single suggestion from the villagers were incorporated.
“Goans due to their love for Goa are willing to sacrifice and struggle to preserve God’s own paradise on land and the government cannot afford to take the people for granted,” said Rahul.
Other AAP members ceceille rodrigues, Manuel cardozo and others also attended the hearing, AAP’s entire team was up against the CZMP hearing and termed it as an attempt to rob off Goans by this insensitive Government led by CM Sawant.

Meanwhile aap leader adv prasad shahpurkar started a signature campaign of the people who were not permitted to enter the czmp hearing despite having been registered. A letter to condemn this along with signature will be filed with the office of czmp and collector.